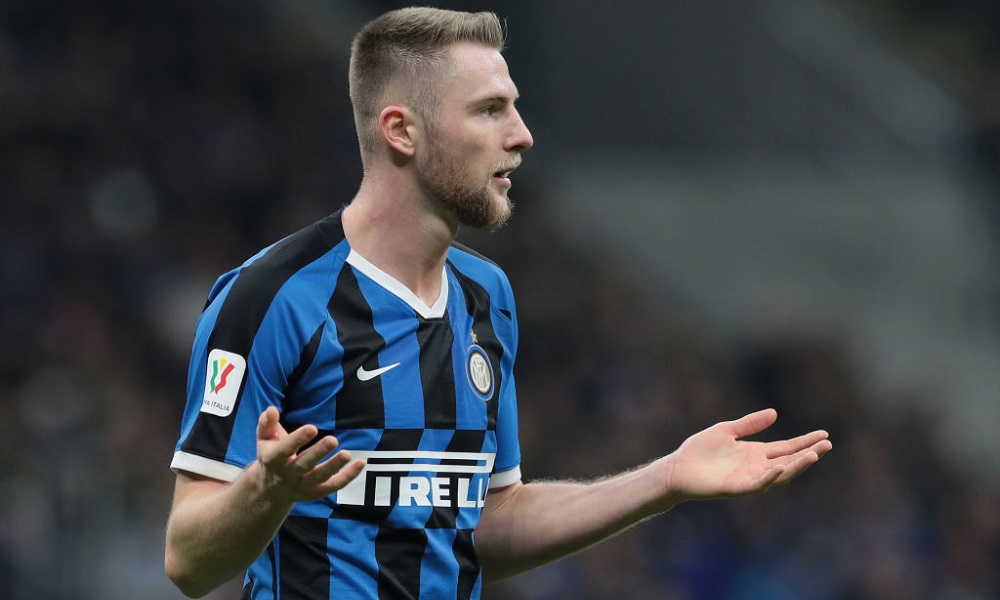 Liverpool could be ready to battle-it-out with Tottenham over a deal to sign Inter Milan defender Milan Skriniar when the January transfer window opens, according to ESPN.

The Reds decided against signing a centre-back in the summer transfer window despite the sale of Dejan Lovren to Zenit St Petersburg. Now, following the injury to Virgil van Dijk – who is expected to miss out a vast majority of the 2020-21 campaign after undergoing knee surgery – Liverpool are almost certain to strengthen in January given their relative lack of options at the back.

The Merseysiders have been linked with a move for Bayern Munich defender David Alaba, while the likes of Conor Coady and Dayot Upamecano could be other potential options. However, according to reports from ESPN, Inter Milan’s Skriniar is also being targeted by the Premier League champions.

Skriniar is a fantastic defender and he has developed into one of the best centre-backs in Italy since joining Inter in 2017. He would be a smart signing for Liverpool, but the Reds could face strong competition from Premier League rivals Tottenham Hotspur.

The Slovakian was heavily linked with a move to the north London club last summer with Inter demanding a fee in the region of £45m for his signature. Spurs tried to lower the amount, and even offered players in a part-exchange deal but despite holding lengthy negotiations the two clubs failed to come to an agreement.

ESPN reports suggest that Jose Mourinho retains an interest in Skriniar and Tottenham would be open to making a move for the 25-year-old, either in January or next summer, as they look to bolster their back-line.

The Athletic journalist Charlie Eccleshare claimed last month that Skriniar was particularly keen on moving to Spurs but Liverpool’s presence and their desperation in signing a top centre-back could complicate the picture.

Inter Milan need to trim their wage bill and they could be ready to offload Skriniar at the right price this winter. Liverpool have the financial power to pull off the deal if they want to, and the Reds owners are likely to back Jurgen Klopp in the transfer market.

However, Liverpool are also exploring other options and it remains to be seen whether they register a concrete move for the former Sampdoria defender, which could leave Tottenham in the driving seat.