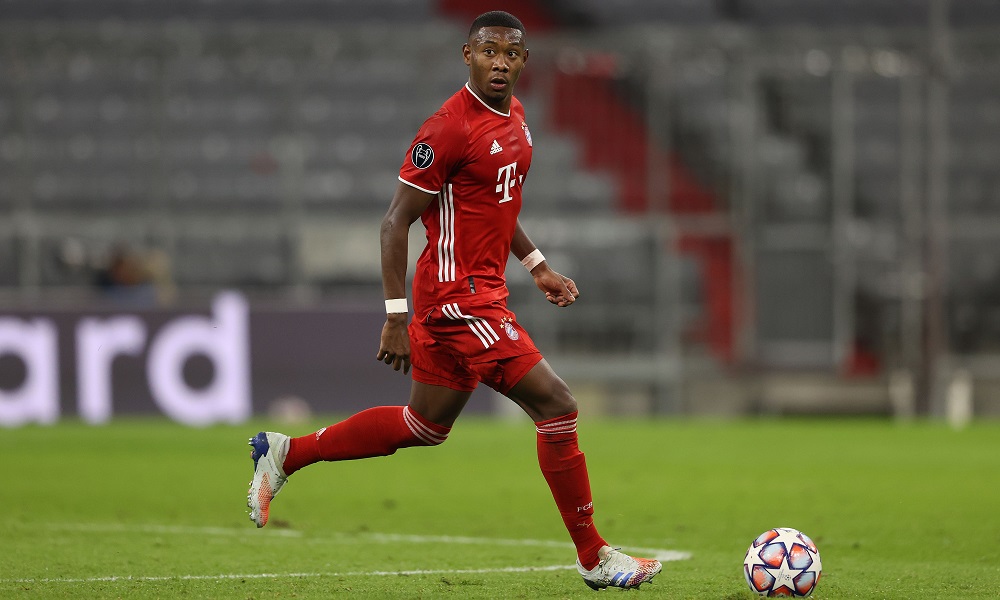 Liverpool are eyeing a move for Bayern Munich defender David Alaba in the January transfer window as Jurgen Klopp looks to solve his defensive woes, according to reports from Football Insider via The Express.

The Austrian defender has recently rejected a contract extension at Bayern Munich and it has left the door ajar for Liverpool to snap him up. He can either leave the German club on a free transfer next summer or sign a pre-contract agreement with a foreign club in January.

The Reds have reportedly earmarked the 28-year-old defender as a potential option as the Premier League champions are in the process of drawing up a list of defensive targets ahead of the January transfer window.

Liverpool are in desperate need of defensive reinforcement following the injury to Virgil van Dijk – who is set for a lengthy spell on the sidelines due to an ACL injury sustained in the Merseyside derby.

On top of that Fabinho, who was operating as a makeshift centre-back, went down with a hamstring injury during Liverpool’s 2-0 win over Danish outfit FC Midtjylland on Tuesday night. Joel Matip is also not fully-fit, and Jurgen Klopp couldn’t confirm with conviction that he would be fit to play against West Ham this weekend.

With the fear that Van Dijk could miss the rest of the season, signing a central defender is a priority, and Alaba could be a cheaper option for Liverpool. Primarily a left-back, Alaba, who has been at Bayern since the age of 16, is capable of playing in multiple positions including centre-back.

A vastly experienced defender with nine league titles and two Champions League’s in his trophy cabinet, he would be a smart bargain addition for Liverpool in January. Given his contract situation, Bayern could be willing to negotiate a deal for him, instead of losing him for free next summer.

From that perspective, Alaba could be a handy addition, and it could prove to be another Michel Edwards transfer masterstroke if they can secure his signature in the next window.