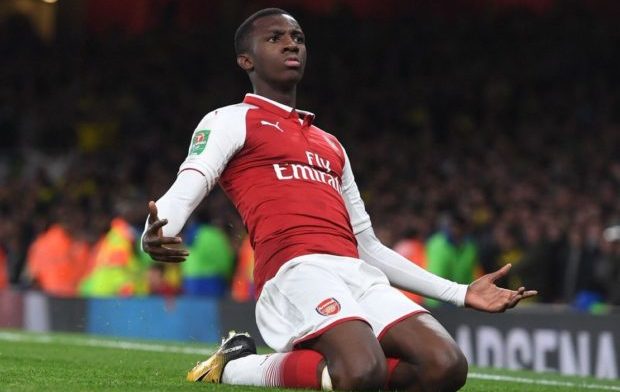 Arsenal get back to Premier League action when they take on Leeds United on Sunday afternoon. Here is the team Gooner Mac expects Mikel Arteta to select:

Goalkeeper: Bernd Leno is certain to keep his place between the sticks so Alex Runarsson will remain on the bench.

Defence: Arsenal were ripped apart by Aston Villa before the international break so Arteta will be determined to put-in a more resolute performance at Elland Road tomorrow but I think we’ll only see one change made in defence.

David Luiz could be recalled with Rob Holding the man most likely to drop out after a difficult time against the Villains two weeks ago. Gabriel should keep his place in the Arsenal backline while Kieran Tierney is also expected to retain his place.

With Sead Kolasinac ruled out after testing positive for covid-19, Bukayo Saka could keep his place on the left while Hector Bellerin is expected to start on the opposite flank with Ainsley Maitland-Niles and Cedric Soares missing out.

Midfield: Arsenal have been dealt a big blow as Thomas Partey has been ruled out of the trip to Leeds due to a thigh injury that he sustained against Aston Villa last time out.

Mohamed Elneny will also miss the game after testing positive for covid-19 during the international break so Arteta is going to have to make a couple of changes in the middle of the park.

Granit Xhaka is almost certain to be recalled while Dani Ceballos is likely to join him. Joe Willock is another option for the Arsenal boss but the youngster will most likely start from the subs bench.

Attack: Arsenal need to improve in attack and Pierre-Emerick Aubameyang is under pressure to perform after a slow start to the new campaign but the skipper is still certain to keep his place tomorrow.

Alexandre Lacazette is also struggling for form and the Frenchman may drop out with Eddie Nketiah recalled up front. The 21-year-old will be keen to take his chance to impress. Nicolas Pepe is pushing for a recall but I think Arteta may opt for Willian on the right wing despite his poor performances lately. 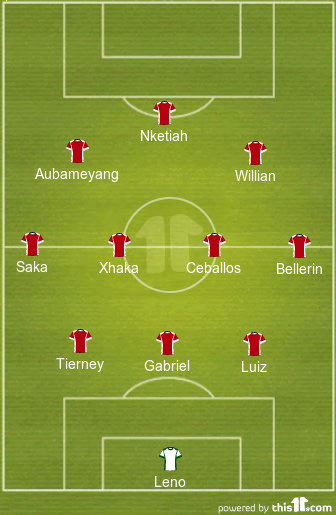