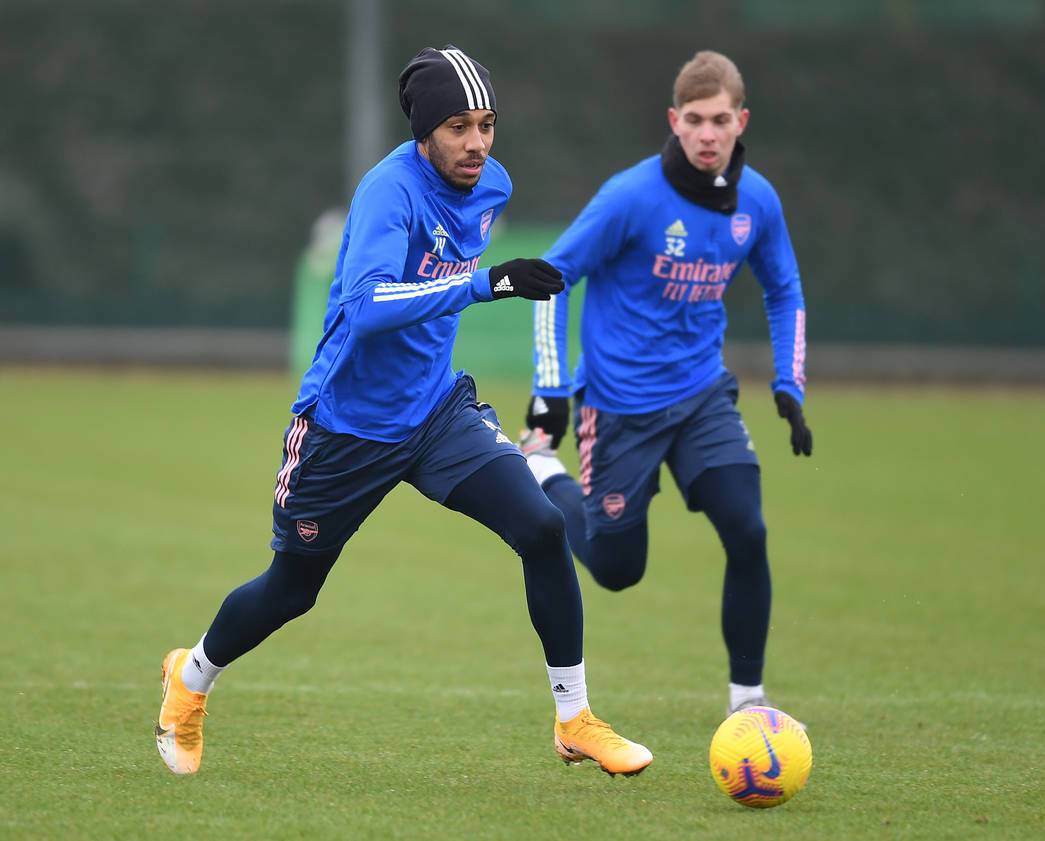 Arsenal have been handed a major double boost as Pierre-Emerick Aubameyang and Bukayo Saka returned to training today ahead of Tuesday’s trip to Wolves.

Aubameyang missed Arsenal’s recent double header with Southampton and the 0-0 draw with Manchester United at the weekend after being forced to quarantine having left the clubs bubble to visit his sick mother.

Mikel Arteta said at his press conference today that he wasn’t sure when his captain would be allowed to return as the club were still ‘doing some paperwork’ to get the striker out of his isolation.

However, it looks like he’s been given the all-clear as Aubameyang has been photographed taking part in full training with the rest of the Arsenal first team squad at London Colney this afternoon.

The Gabon international could now return to the squad for the trip to Wolves tomorrow evening – although it remains to be seen whether he’ll be deemed fit enough to start due to the lack of intense training he’s had recently.

Saka missed the draw with Manchester United at the weekend after picking up a hip injury late last week, however, the attacker was also back in full training today so he could be in contention to face Wolves tomorrow.

In a further boost for Arteta, Alexandre Lacazette trained today after being given the all-clear following a trip to hospital on Saturday after he took a knock to the head during the game with Man Utd.

Pablo Mari could be in contention against Wolves as he continued to work on his fitness following a calf injury while Dani Ceballos also trained today having missed the last four games with a muscle issue.

However, it looks like Kieran Tierney will miss the trip to Molineux as he wasn’t spotted in training today having missed Arsenal’s last three games with a calf injury.

Here are some more photos from today’s session courtesy of Arsenal.com: 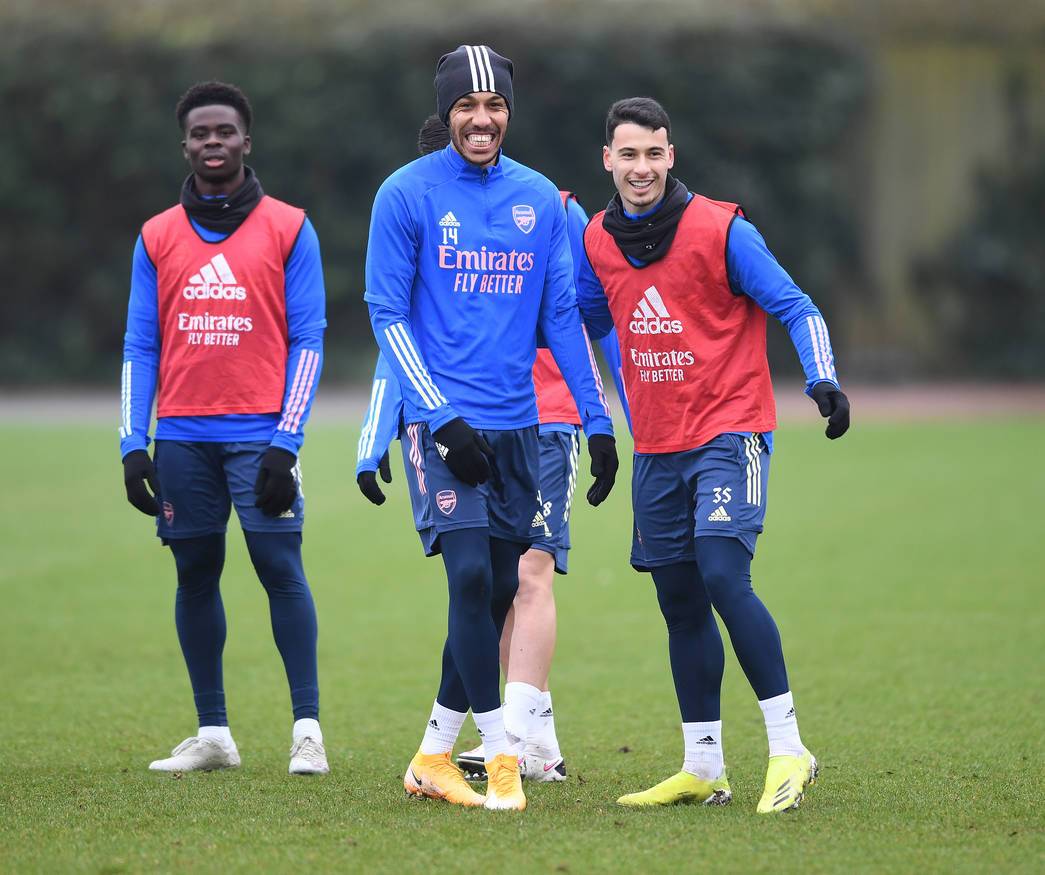 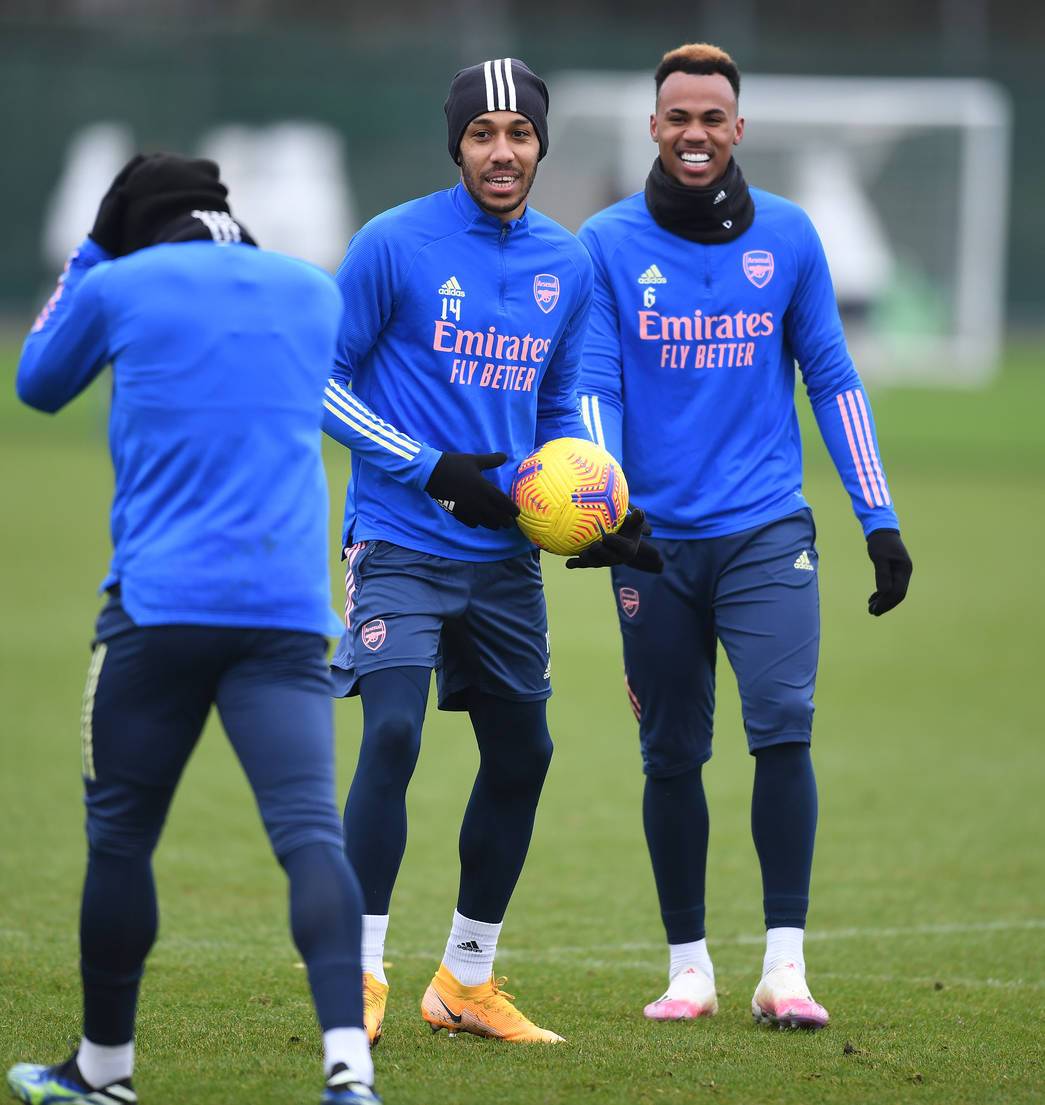 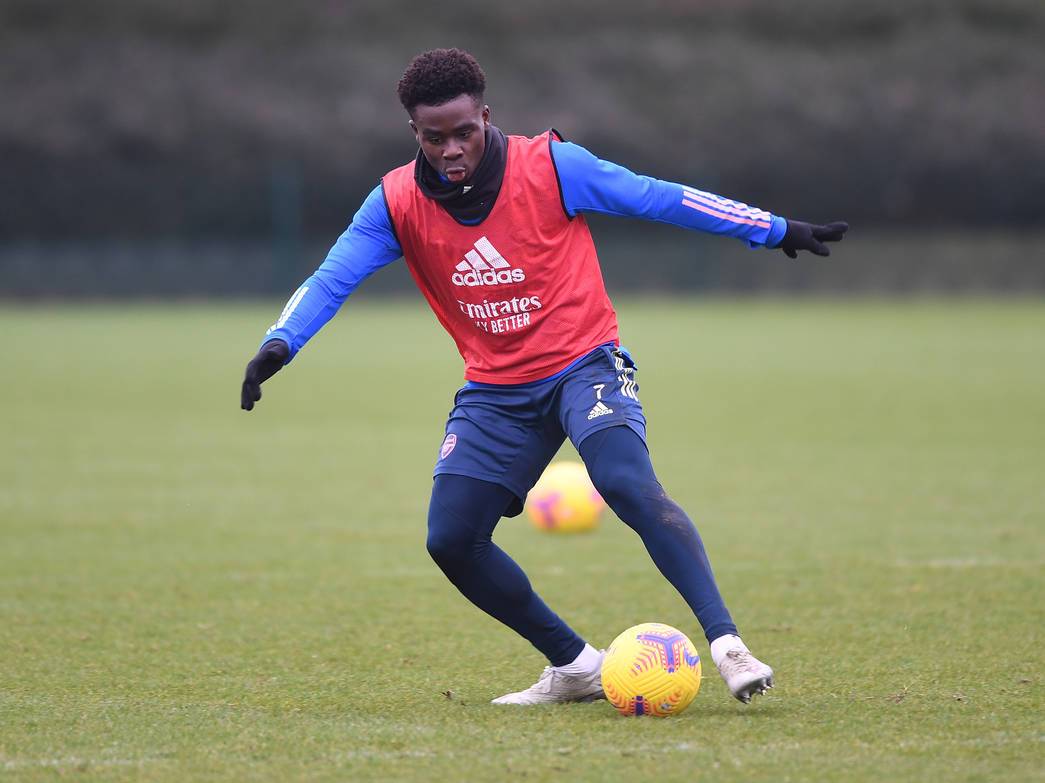 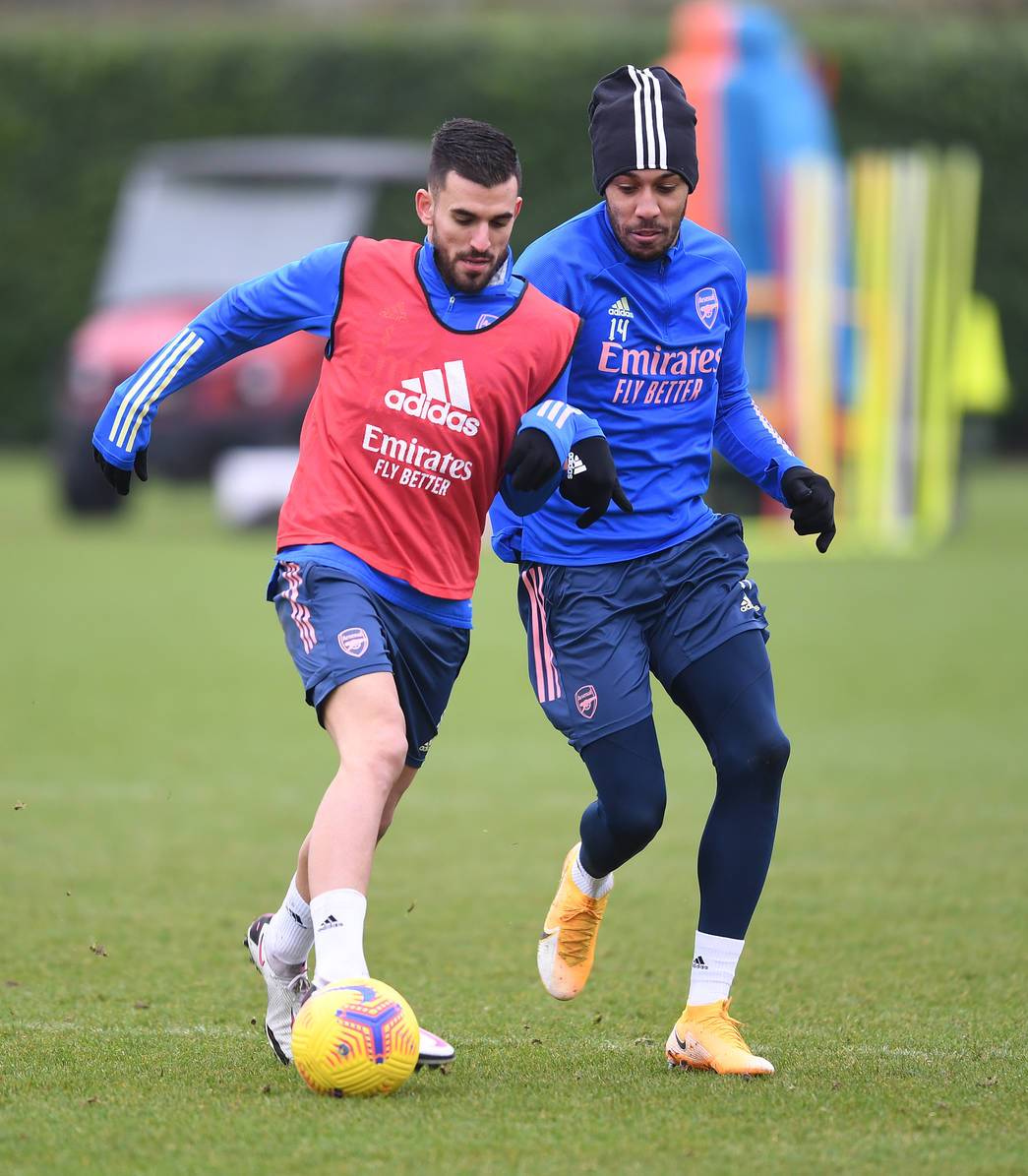 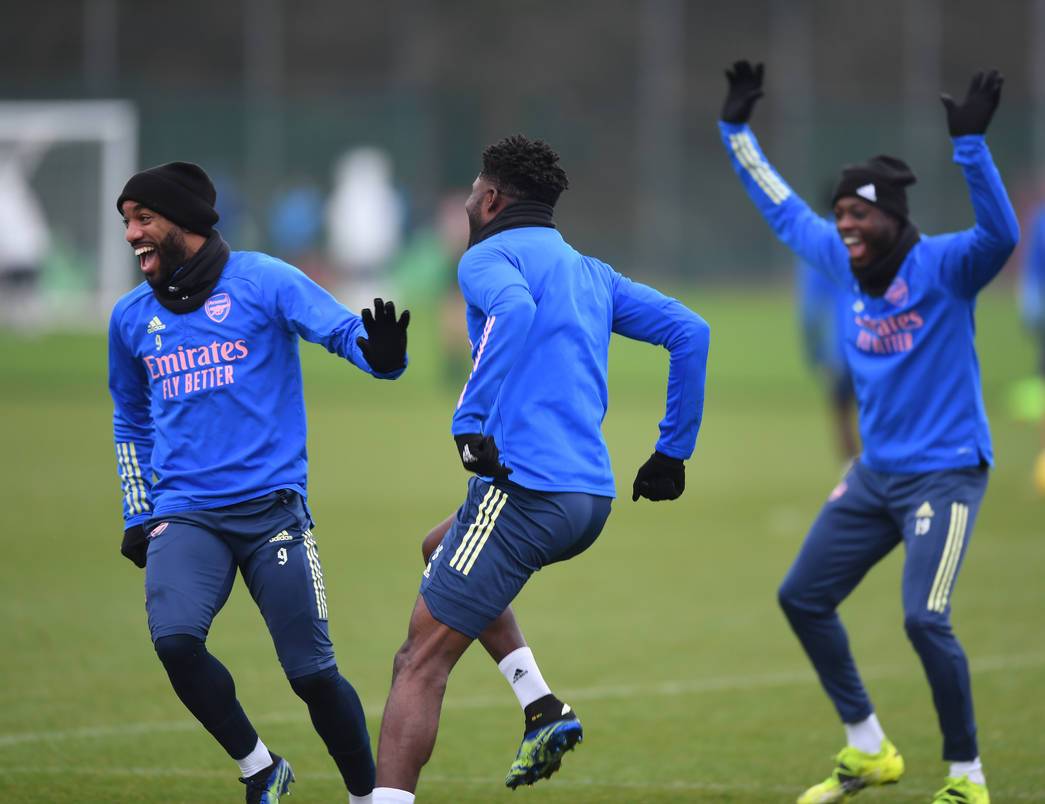 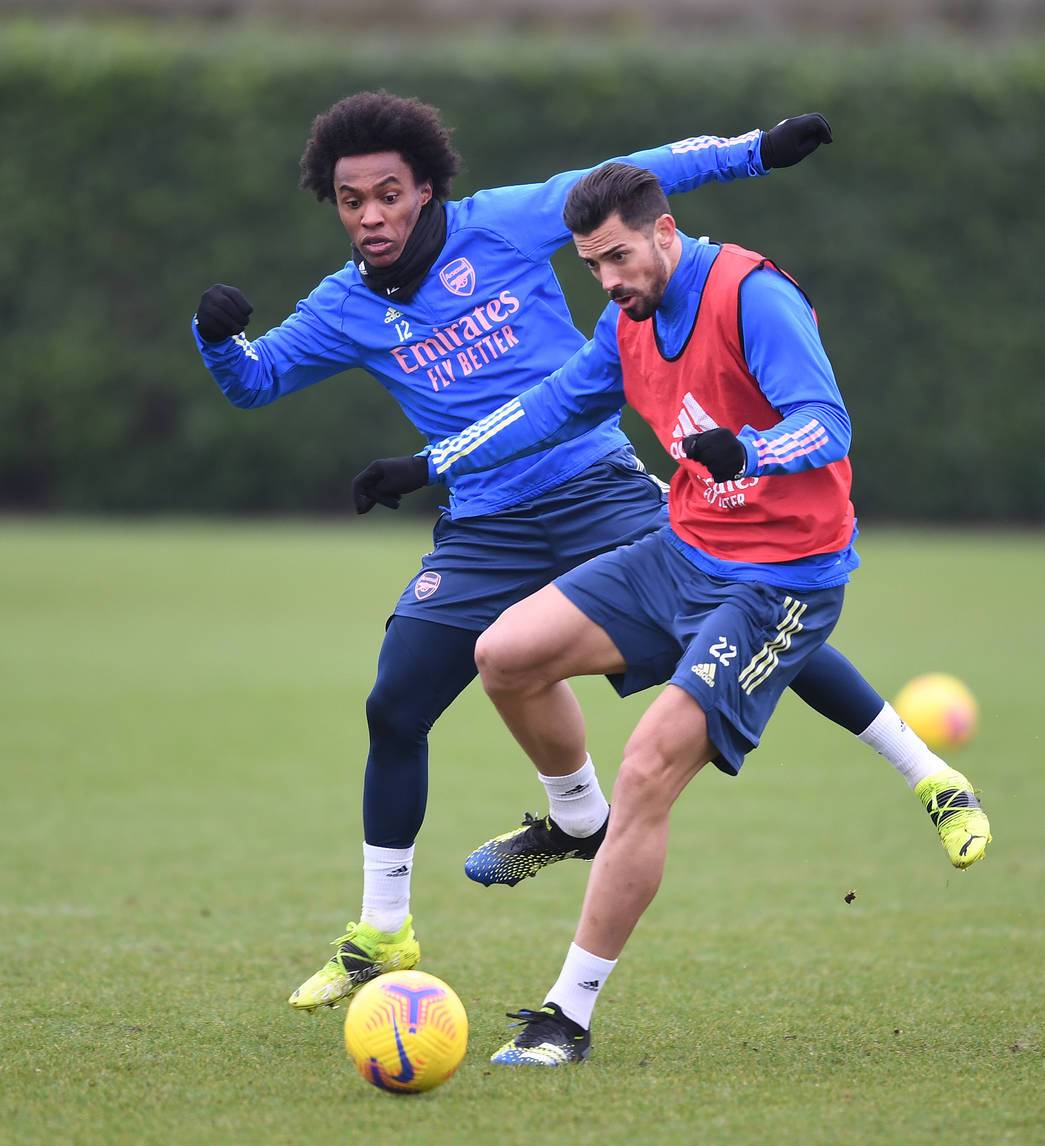 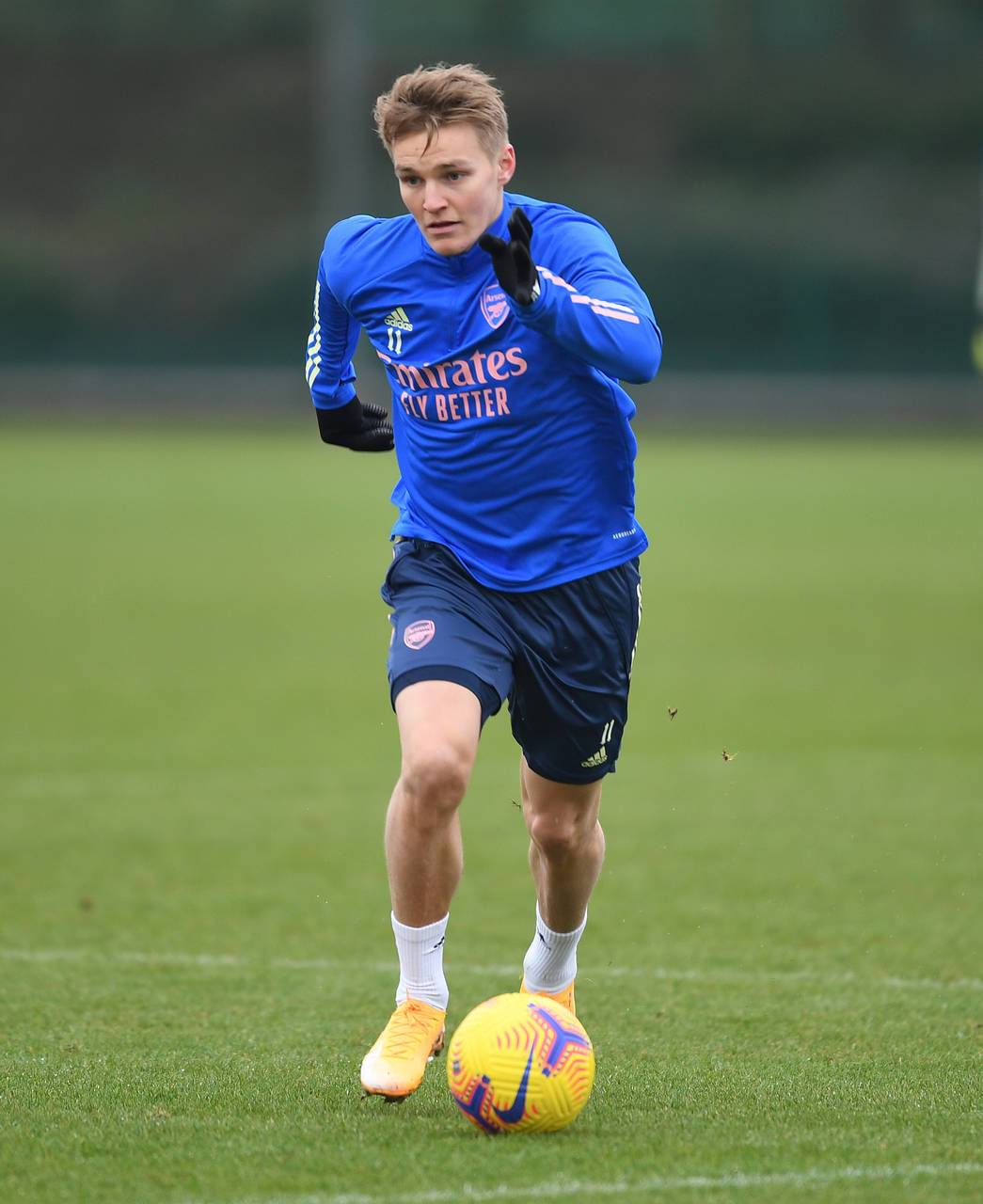