Arsenal take on West Ham at the London Stadium on Sunday afternoon. Here is our preview with team news, line-ups and prediction

Arsenal desperately need a win when they take on West Ham at the London Stadium on Sunday afternoon.

The Gunners booked their place in the quarter-finals of the Europa League on Thursday night despite losing 1-0 to Olympiacos at the Emirates as Mikel Arteta’s men progressed 3-2 on aggregate following a 3-1 first leg win in Greece.

Arsenal are among the favourites to go all the way in the Europa League and have a very winnable path to the final but they can’t put all their eggs in one basket so will still want to try and qualify for Europe via the Premier League.

A 2-1 victory over Tottenham last weekend has certainly boosted their hopes but Arsenal still sit 10th in the table – five points off the top six – so they need a win tomorrow to close the gap on those above them.

However, West Ham head into the game sitting fifth – seven points clear of Arsenal – following a superb campaign so they’ll want a positive result themselves to strengthen their grip on the European qualification places.

Arsenal didn’t pick up any fresh injury concerns following the defeat to Olympiacos so Arteta has a strong squad to choose from. Bukayo Saka missed the Europa League game with a minor thigh injury but he trained today so could be back in contention.

Willian also missed the Olympiacos game with a calf issue and he remains a doubt for tomorrow’s game but the likes of Cedric Soares, Thomas Partey and Martin Odegaard are expected to be recalled.

West Ham welcome Jesse Lingard back into the squad after he was ineligible to pay against Man Utd last weekend but Pablo Fornals and Andraiy Yarmolenko are ruled out through injury.

Angelo Ogbonna remains out with an ankle issue while Arthur Masuaku and Ryan Fredericks are also major doubts to face Arsenal. 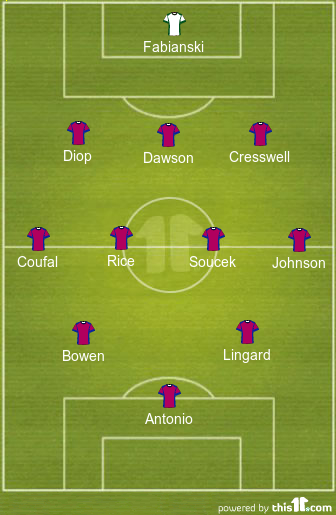 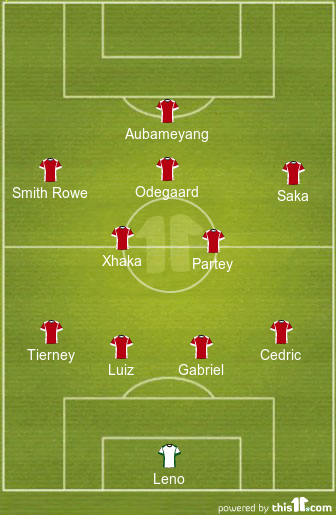 West Ham 1-1 Arsenal: The Gunners have an excellent away record at West Ham having lost just three of their previous 24 Premier League trips [W13 D8 L3] and they should be in confident mood following last weekend’s North London Derby win over Tottenham.

However, West Ham are enjoying a terrific season and David Moyes will be quietly confident of picking up a positive result tomorrow. We expect a hard fought game with both sides having to settle for a point.