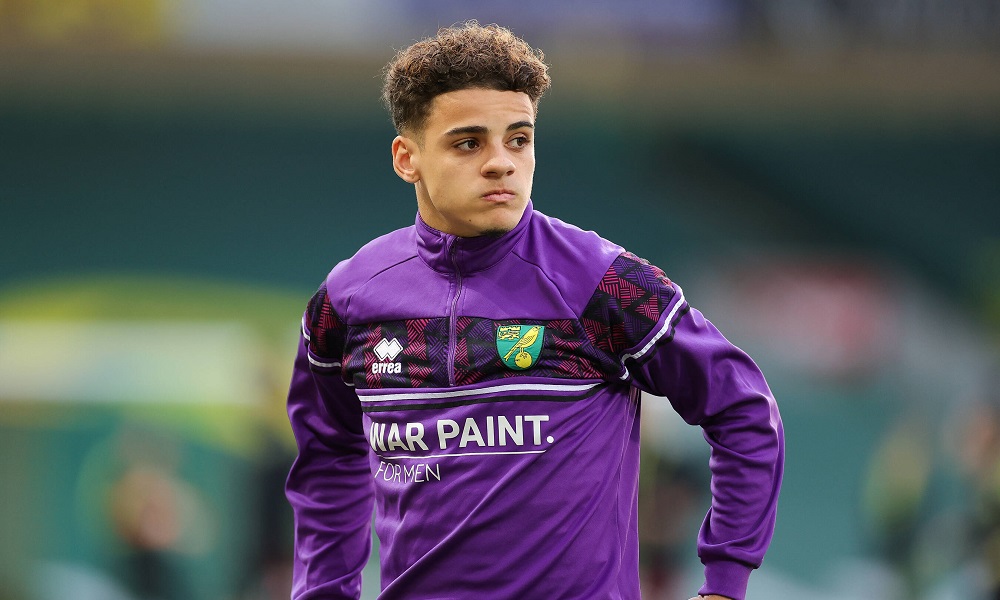 Tottenham have joined Manchester United in expressing their interest in signing £30m-rated Norwich City defender Max Aarons this summer, according to Sky Sports.

The 21-year-old right-back has forged a reputation as one of the hottest talents outside of the Premier League and once again starred for Norwich City in the Championship last season.

Aarons scored 2 goals and provided a further 5 assists in his 45 appearances to help the Canaries secure an immediate return to the top flight after winning the Championship with 97 points – 6 clear of second placed Watford.

Norwich are hoping to keep hold of Aarons this summer having already lost Emi Buendia to Aston Villa as Daniel Farke looks to keep his squad together ahead of their return to the Premier League next season.

However, it looks like Norwich have a battle on their hands as Sky Sports claims that Tottenham have joined Manchester United and Everton in expressing their interest in signing Aarons this summer.

The England Under-21 international still has three years left to run on his contract at Carrow Road so Norwich are under no pressure to cash-in but Sky Sports suggests that £30m could be enough to tempt them into a sale.

Man Utd are in the market for another right-back to help ease the load on Aaron Wan-Bissaka next season and the report claims Ole Gunnar Solskjaer has identified Aarons as a cheaper alternative to Kieran Trippier.

United have been strongly linked with a move for Trippier this summer but Sky Sports says Atletico Madrid don’t want to sell the 30-year-old and are demanding £43m for his signature.

Manchester United aren’t willing to pay that kind of money for a player who’ll turn 31 in a few months time so they’re eyeing Aarons as a younger, cheaper option to support Wan-Bissaka at right-back.

However, it looks like United face stiff competition as not only are Everton eyeing Aarons but it appears Tottenham have now joined the race as they also look to strengthen their squad ahead of the new campaign.

Serge Aurier is expected to seal a move back to France so Tottenham need another right-back and Sky Sports claim Spurs have been forced to look elsewhere after Brighton demanded £50m for Tariq Lamptey.

Aarons has long been on Tottenham’s radar and the report suggests that chairman Daniel Levy could now step-up their interest as they prepare to do-battle with Man Utd and Everton over a potential deal.