Arsenal take on Tottenham at the Emirates Stadium on Sunday afternoon. Here is a preview with team news, expected line-ups and prediction

The first North London Derby of the season is upon us as Arsenal take on Tottenham Hotspur at the Emirates Stadium on Sunday afternoon.

Arsenal endured a nightmare start to the new campaign and were sitting bottom of the table at one stage having lost their opening three matches. However, they’ve turned things around in recent weeks after securing consecutive 1-0 wins over Norwich City and Burnley to climb clear of the drop zone.

Mikel Arteta’s men also eased into the fourth round of the Carabao Cup with a routine 3-0 victory over AFC Wimbledon on Wednesday night so they’ll be looking to maintain the momentum with another positive result tomorrow afternoon.

Tottenham make the short trip across North London off the back of a disappointing run in all competitions. After winning their opening three league games, Spurs have lost their last two to Crystal Palace and Chelsea and were held to a 2-2 draw at Rennes in the UEFA Conference League.

Nuno Espirito Santo’s side also needed penalties to see-off Wolves in the League Cup on Wednesday night after blowing a 2-0 lead to draw 2-2 so they’ll be desperate to get back to winning ways at the Emirates.

Arsenal have a fully fit squad to choose from after not picking up any fresh injury concerns following the League Cup win over AFC Wimbledon on Wednesday night.

Granit Xhaka is back in contention after serving his three-match suspension while Kieran Tierney has recovered from cramp that hampered him against Burnley last weekend. Mohamed Elneny is also available again after returning to the squad in midweek following a hamstring injury.

Arteta is set to recall his big guns with the likes of Ben White, Gabriel, Tierney, Bukayo Saka, Martin Odegaard and Pierre-Emerick Aubameyang all set to return after being rested in the League Cup.

Tottenham will continue to be without Steven Bergwijn as the attacker is still nursing an ankle injury but Lucas Moura has been passed fit after recovering from a knock.

Ryan Sessegnon remains out with a hamstring issue but the likes of Son Hueng-min, Pierre-Emile Hojbjerg, Sergio Reguilon and Eric Dier are set for recalls. 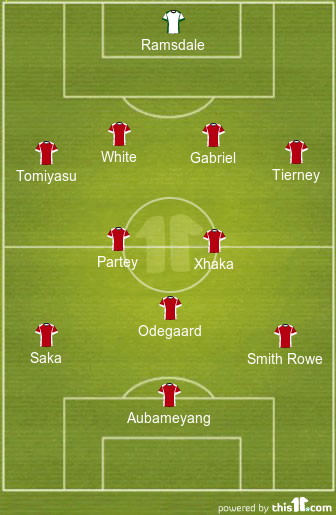 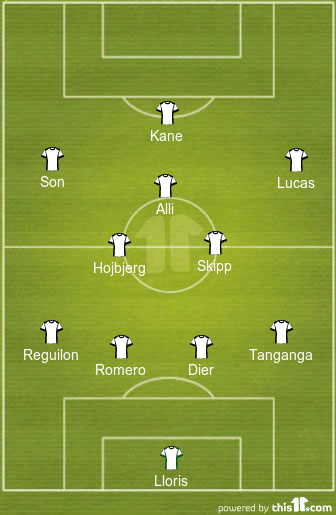 Arsenal 2-1 Tottenham: The Gunners won this fixture 2-1 last season and have lost just one of the last 28 home league meetings with Tottenham so they’ll be confident of getting a positive result tomorrow.

Arsenal have certainly looked a lot more solid in recent weeks and Arteta appears to have finally found his best side, whereas, Nuno Espirito Santo’s men have struggled of late following an excellent start to the campaign.

It’s never easy to predict what will happen in a North London Derby but we think Arsenal will just edge it tomorrow.