‘We have to accept it’: Mikel Arteta speaks on future of £19.8m Arsenal star 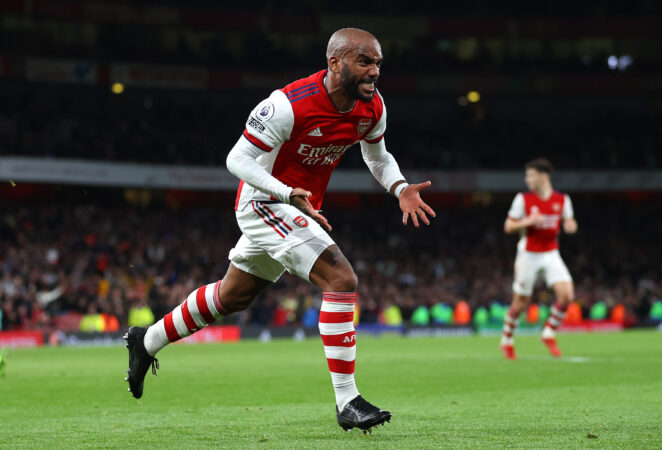 Arsenal manager Mikel Arteta has acknowledged that Alexandre Lacazette could head for the exit door when his contract expires at the end of the season.

The Frenchman has under nine months remaining on his contract, and there has been no progress over a possible renewal beyond next summer.

This has led to speculation that he could move on, and Arteta has admitted that he can not do anything to influence the club’s decision on the 30-year-old.

“It is the situation that we have, we have to accept it. I cannot ask anything for the player, the way he is dealing with that situation,” He was quoted as saying by Arsenal.com.

“It is not an individual situation because it has a knock-on effect as others we have had to deal with in the past, and we have to see what the best option will be for everyone at the end of the season.”

Lacazette’s playing time has significantly reduced this season. He has made just three substitute appearances in the Premier League, totalling around 72 minutes.

One of those came against Crystal Palace on Monday night where he made a big difference. The £19.8m-rated star bagged a dramatic equaliser with just seconds left on the clock.

In the past, Lacazette has led the line with Pierre-Emerick Aubameyang playing out wide. This has not been the case this term with the club captain starting up front.

Bukayo Saka and Emile Smith Rowe have been the regular pairing on the wings, but the latter picked up an injury during the recent derby against the Eagles.

He is a big doubt to face Villa tomorrow night. This could pave the way for Lacazette to lead the attack with Aubameyang slotting into the left-wing position.

Regardless of this, there is a high chance that Lacazette could make the starting XI after a superb cameo against Palace where he was fired up for the challenge.

The Gunners could jump to ninth on the table with a victory over Villa, but it won’t be easy. The Midlands outfit did the double over them in the previous campaign.