‘Another level’, ‘So happy’: Some Chelsea fans praise £34.2m star after Norwich win 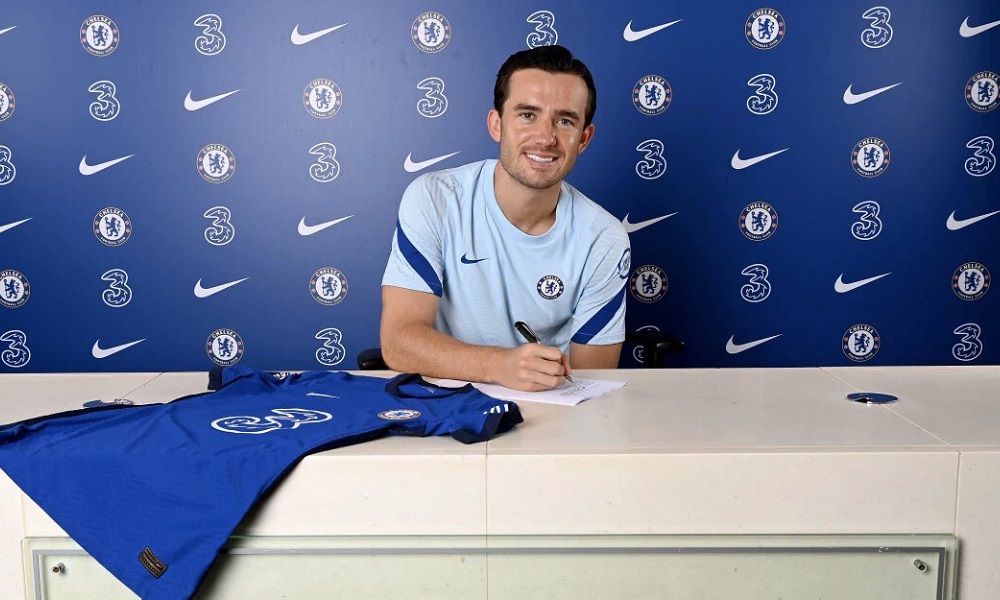 A selection of Chelsea fans on Twitter were delighted with the performance of Ben Chilwell during Saturday’s 7-0 Premier League win over Norwich City.

The Blues were clear favourites for the league encounter and they showed their dominance early on, going two goals up within the 18th minute.

They went on to secure a thumping 7-0 win over the Canaries to extend their lead at the top of the table while also boosting their goal difference.

Chilwell did not play a single minute for the Blues until the back end of last month. Marcos Alonso regularly got the nod over him for the left wing-back role.

Since his return, the England star has been in fine form. He scored a brilliant goal on the volley against Southampton before the international break.

The 24-year-old bagged another stunner against Brentford last weekend which proved the difference.

He got onto the scoresheet once again against the Canaries. He has now scored in each of his previous four league appearances for the west London giants.

Some of the club’s faithful were delighted for the £34.2 million-rated star after yesterday’s showing.

Chilwell took that bench time for Alonso personally. He has come into this Chelsea side this season on smoke.

Ben Chilwell is still underrated for me and I won’t change my mind until I see a lot more rivals praise him, think he’s the perfect modern day fullback and wingback, can attack, defend, good on the ball, decently strong and is very consistent. pic.twitter.com/xuYFwPXQPK

While I don’t disagree I think Azpi is more than serviceable at RWB. What he lacks in forward runs and goals he provides in assists.

Chilwell is just on another level rn

I can’t believe I used to think £50m was too much for Chilwell. You would think he came from the academy considering how he fits in with the group

What about Ben Chilwell btw! Complete baller, so happy to see him back and playing like a Champions League winner! @BenChilwell ⭐💙⭐

Alonso was an undisputed starter for the Blues earlier this campaign, and his consistent performances meant that Chilwell was constantly an unused substitute.

However, the Spaniard’s form dipped during the previous month. Chilwell has capitalised on that in style. He appears in the form of his life at the moment.

He still can’t take things lightly as Thomas Tuchel has been shrewd with his decision-making, and does not ponder over a change when a player underperforms.

The Blues will be in Carabao Cup action in midweek against Southampton. Chilwell could be among those rested as a number of fringe players could feature.

Alonso appears likely to return to the starting mix, and there could also be starts for Hakim Ziyech, Ruben Loftus-Cheek, Malang Sarr and Kepa Arrizabalaga.

The Blues were eliminated in the fourth round of the competition last term, and will be keen to progress further. They have not won the League Cup since 2015.