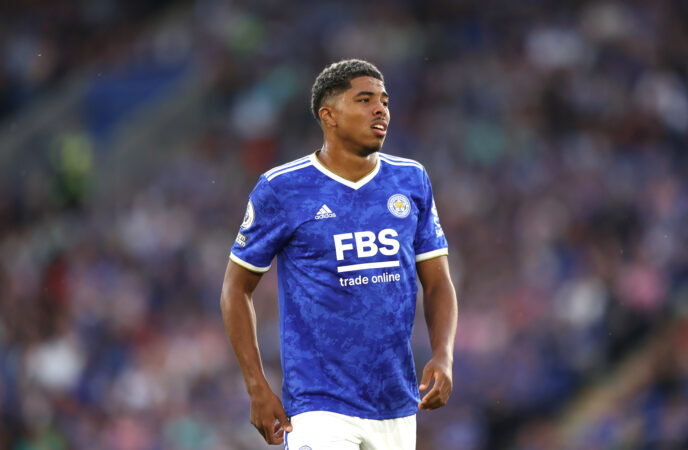 The west London giants have made tremendous progress since Thomas Tuchel took charge as manager in January.

The Blues lost out to the Foxes in the FA Cup final in May, but finished the season with Champions League glory.

They have continued the momentum this term and are currently three points clear at the top of the Premier League.

A new centre-back seemed a priority for the Blues last summer, but they failed to finalise a deal for Sevilla’s Jules Kounde.

It is now reported that they could prioritise a move for Fofana, who is currently on the road to recovery from a fractured fibula.

Manchester United have also been linked, but the Blues are ahead in the pursuit, having contacted his representative.

It is claimed that the Foxes could hold out for a £78m fee that was paid by United for the signing of Harry Maguire in 2019.

The Foxes signed Fofana from Saint-Etienne in October last year, and he was immediately integrated into the three-man backline.

The 20-year-old played a starring role for the club over the course of the league campaign, registering two tackles and two interceptions per game.

He also made three clearances and won three aerial duels per appearance. It was an excellent debut season for him despite the club missing out on the top four.

Hence, there were no surprises that he was being linked with a bigger challenge over the summer, but he ended up suffering a serious injury in pre-season.

His absence has had an impact on the Foxes’ performances. Caglar Soyuncu has particularly missed Fofana’s presence, making rash decisions at the back.

Fofana appears on course to return in January. The Blues are likely to keep a close eye on his injury comeback before weighing up a summer move.

They have the financial power to meet the Foxes’ demands. Fofana could be an ideal replacement for Antonio Rudiger on the left side of the back three.

The Blues currently have Rudiger, Andreas Christensen, Cesar Azpilicueta and Thiago Silva, who have all entered the final year of their contracts.

They are not close to renewing deals for any of them. Rudiger appears the most likely to leave the club amid big differences over the salary package.