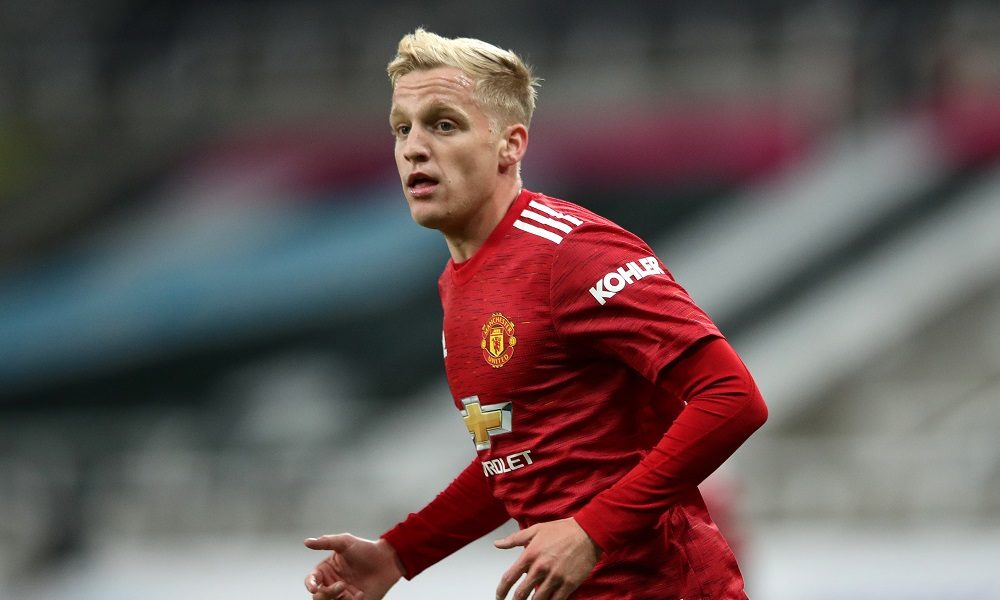 Some Manchester United fans on Twitter were delighted with the performance of Donny van de Beek during the club’s shock 4-1 Premier League defeat at Watford.

The Red Devils were in poor form before the game with four league defeats from six matches. They were fancied to turn things around at Vicarage Road, but that was not the case.

The Hornets were the better side from the off, and they scored twice in the opening half despite goalkeeper David de Gea saving a penalty and making a couple of key saves.

This prompted Ole Gunnar Solskjaer to change things at the half-time interval. Van de Beek and Anthony Martial were introduced for Scott McTominay and Marcus Rashford.

Van de Beek had an instant impact on the proceedings, scoring with a header in the 50th minute. Cristiano Ronaldo unselfishly guided a header into the Dutchman’s path.

The 24-year-old continued to excel with his distribution, creating three key passes. He also brought the best out of Jadon Sancho, who delivered quality crosses into the box.

Unfortunately, Ronaldo was far from his best on the day. The Red Devils eventually suffered an embarrassing 4-1 defeat with the Hornets scoring twice in stoppage time.

Harry Maguire let down the visitors with his sending off in the 69th minute. Van de Beek was one of the few players that stood out on Saturday. He also registered two tackles and one interception.

Here is how some United fans reacted to his second-half showing.

Just watched the game again and I must say VDB and Sancho were amazing yesterday, we finally were getting crosses in from the right wing and there was creativity in midfield since Donny arrived,still can't understand what we benched them for ? Elite talent#mufc

Vdb should be a starter ⚠️🧏🏻‍♂️

VDB can hold his head up high today. Made a difference today and brought some intelligence to our play.

Well done lad. You deserve more mins and hope you are given the trust and platform to express yourself under a new manager #MUFC pic.twitter.com/I9pdSgLes5

Don’t have to be a genius to know that VDB needed a wide creator like Sancho to thrive. Vice versa for Sancho.

You question then why we haven’t seen this combination more. Two extremely intelligent players #MUFC

VDB!!!!! So happy for him . Right place at the right time. Love him absolutely love him

Prior to yesterday, Van de Beek had played just 15 minutes of league football this season with Scott McTominay and Fred being Solskjaer’s trusted pairing in midfield.

Fred was on the bench against the Hornets, but the 48-year-old was still reluctant to play the Dutchman from the off. There were no surprises when Nemanja Matic started.

However, the Norwegian had no choice but to opt for changes after a poor opening half. Van de Beek showed his quality with a goal, just five minutes after the restart.

It is clear to see that the £120k-a-week star is a more progressive midfielder compared to McTominay or Fred, but Solskjaer has failed to see the same in recent months.

Van de Beek could get a regular run of starts from now but ironically, it could be under a new manager with Solskjaer reportedly on the cusp of being sacked.

With five defeats from seven league games, a mutual agreement has been reached to part ways. Darren Fletcher and Michael Carrick could take charge temporarily.