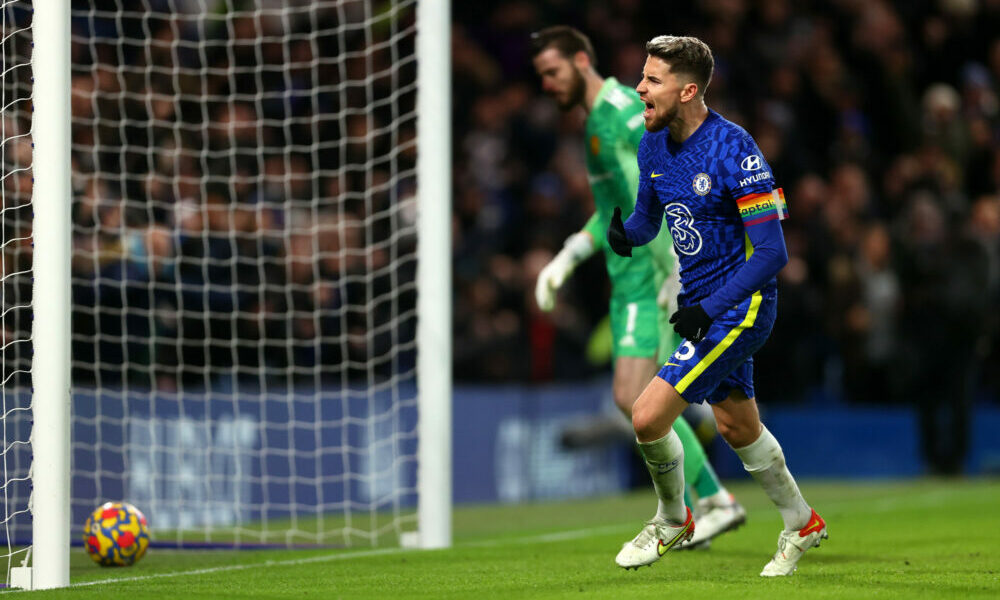 The Blues have recently lost momentum in the league with just four points from three games. This has cost them top spot on the table as they are now two points adrift of leaders Manchester City in third.

Meanwhile, Chelsea were also disappointing in midweek against Zenit in the Champions League. They twice squandered their lead as Zenit scored a dramatic 94th-minute equaliser in a 3-3 draw.

Thomas Tuchel will be eyeing a strong response from his players against Leeds tomorrow, but he will have to cope with injury concerns ahead of the game. At least four players could be absent.

Here is how the Blues could line up against Marcelo Bielsa’s side.

Goalkeeper: Kepa Arrizabalaga was handed a surprise start ahead of Edouard Mendy in midweek. The Spaniard produced a few splendid saves, but he was let-down by the defenders in front of him. Despite the impressive showing, Edouard Mendy should return in goal, and he will be aiming to make amends for his errors in the 3-2 derby loss to West Ham last weekend.

Defence: Andreas Christensen had a poor outing at Zenit alongside Malang Sarr. The Russian outfit capitalised on the space behind them at regular intervals. It won’t be a surprise if the Dane is dropped alongside Sarr, who is not a Premier League regular yet. Thiago Silva and Antonio Rudiger are expected to return to the Chelsea back three and could be accompanied by captain Cesar Azpilicueta. Trevoh Chalobah is still out with a hamstring concern.

Reece James was played a makeshift midfielder in midweek after Jorginho was ruled out with a back problem. He should return to his customary right wing-back position from where he has made 10 goal contributions for the Blues. Marcos Alonso is expected to feature on the opposite end after being a second-half substitute against Zenit. Ben Chilwell is unavailable with a long-term knee injury.

Midfield: Jorginho played the entire 90 minutes for Chelsea against the Hammers last weekend. His absence in midweek was precautionary for a back problem. The £40.5m star should return in the centre of the park. However, N’Golo Kante and Mateo Kovacic will remain on the sidelines with injuries. The latter was close to returning to full training, but tested positive earlier this week.

Saul Niguez has yet to adapt to the pace of the Premier League since his summer arrival. He has had poor displays against Aston Villa and Watford, where he has struggled to cope with the intensity. Leeds are one of the best teams when it comes to high pressing, and Tuchel may resist the prospect of starting him. Ruben Loftus-Cheek appears to have overcome a minor knock, and seems the viable choice to partner Jorginho.

Attack: No changes are likely from the midweek outing. Mason Mount has been in excellent form lately. He has four goal contributions in his last two Premier League games. He looks set to start in the number 10 role for the fourth straight game across all competitions.

Timo Werner and Romelu Lukaku were paired up front against Zenit, and there is a good chance that the manager may stick with the attacking combination. Werner was exceptional against the Russian champions with two goals and an assist for Lukaku, who bagged his first goal for the club since September. 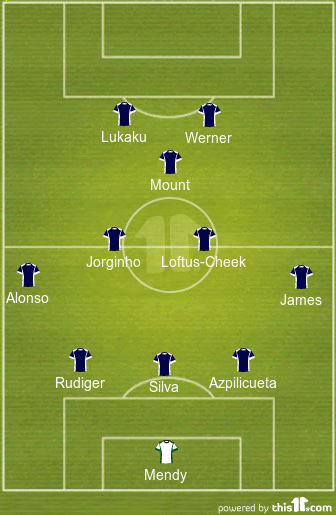