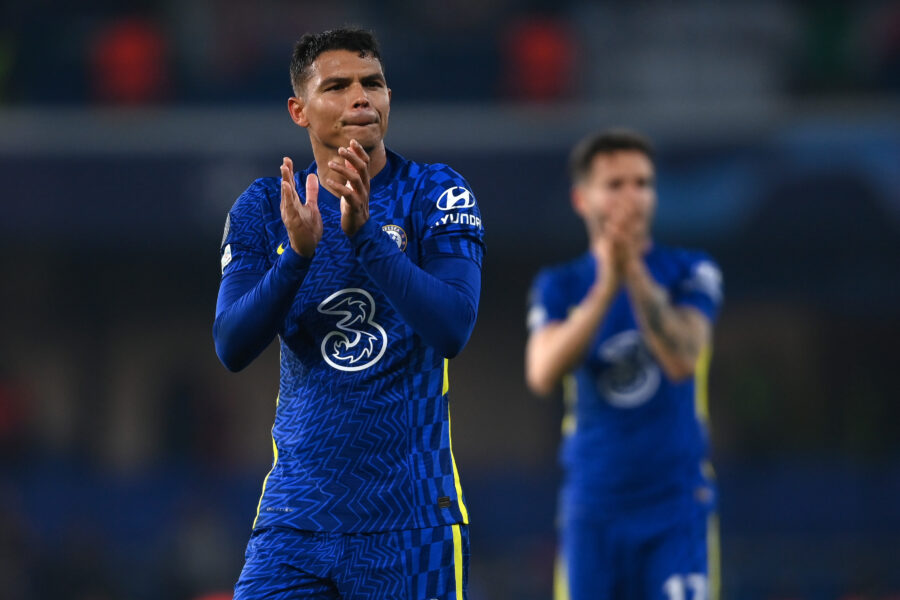 The Brazil international joined the Blues on a free transfer last season after his contract with Paris Saint-Germain expired.

There were initial doubts whether he could adapt to Premier League football at his age, but he has managed to do so with flying colours.

The 37-year-old is currently an important figure at the heart of the backline, and it now appears that he could stay for two more seasons.

Silva is ready to prolong his stay with the west London giants while the hierarchy and manager Thomas Tuchel are ‘super happy’ with him.

It is reportedly only a ‘matter of time’ before he commits his future to the club until June 2023.

Silva had a dismal league debut for the Blues against West Bromwich Albion. His mistake contributed to one of the goals in the 3-3 draw.

He has barely put a foot wrong for the Blues since. The Brazilian has been one of the most consistent centre-backs alongside Antonio Rudiger.

Compared to Rudiger, he has been defensively more solid, and it appears a no-brainer to extend his stay, judging by his recent performances.

Despite being 37, Silva continues to perform at a high level. He recently netted a goal and made a goalline clearance against West Ham United.

The Blues are likely to pursue a central defender next summer amid the uncertainty over Antonio Rudiger’s future beyond the current campaign.

They also need to find Silva’s successor. If he stays until 2023, there could be a smooth transition. The club can afford to delay in finding his replacement.

The £105k-a-week star has featured in each of the last eight league games for the Blues. He appears likely to make the starting XI when they host Everton on Thursday.

The Toffees are in a poor run of form with five points from the last 10 games. The Blues should still anticipate a tight contest, having lost in three of the last five meetings.