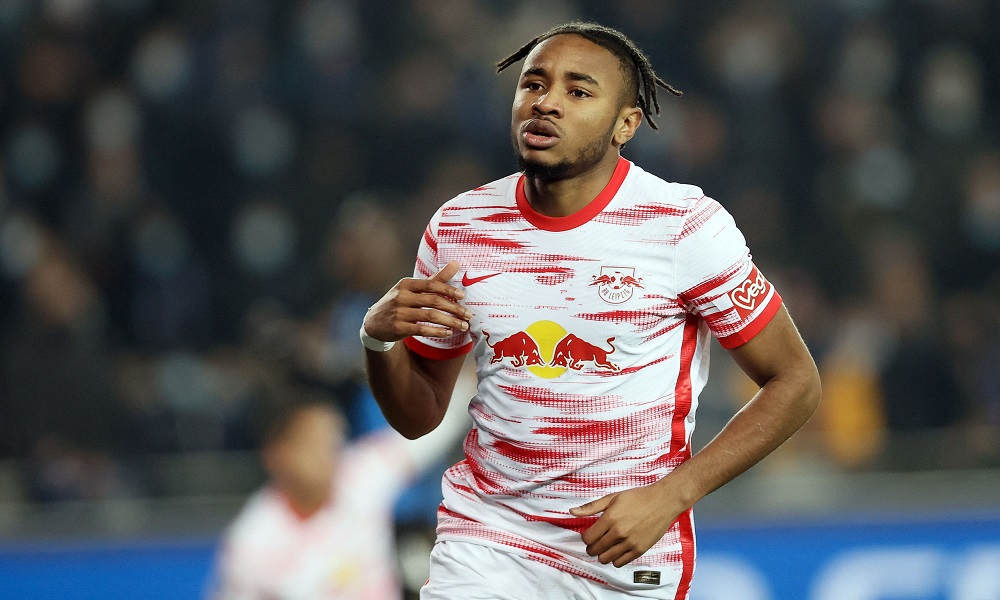 Nkunku joined the Bundesliga outfit from Paris Saint-Germain in 2019, and has since developed into a quality creative midfielder.

The 24-year-old bagged seven goals and 11 assists from 40 games last term. He has taken his game to the next level this campaign.

The Frenchman has amassed 18 goals and 13 assists from just 30 outings. His form has caught the eye of several elite European clubs.

According to RMC Sport, Arsenal are keeping a close eye on the Frenchman with his contract expiring in June 2024, but Leipzig are reluctant to lose him this summer.

Nkunku would be a shrewd signing

Nkunku has been a long-term target for Arsenal. He was initially on the club’s radar in January 2019 when Unai Emery was manager.

He ended up joining Leipzig from Les Parisiens few months later, and has since made significant improvement in his attacking play.

Nkunku was mainly a central midfielder at PSG, but has played regularly in the number 10 role over the past few seasons at Leipzig.

Arsenal have the position covered with Martin Odegaard and Smith Rowe, but Nkunku would be a fantastic addition to the squad.

The transition from Bundesliga to the Premier League has not been smooth for several players including Timo Werner, Kai Havertz and Jadon Sancho.

However, Nkunku may not face a similar situation, having proved himself in Europe this term. He scored a stunning hat-trick against Manchester City.

Nkunku is valued at £49.5m by Transfermarkt, but Leipzig may hold out for a much higher fee if they sanction his sale during this summer’s transfer window.

Leipzig general manager Olivier Mintzlaff recently insisted that Nkunku will stay at the club next season, but added that ‘nothing is ever certain‘ in football.

A big summer awaits for the Gunners where the focus will be bolstering the strike force. It remains to be seen whether they are willing to spend big to test Leipzig’s resolve on Nkunku.