Man Utd can sign Joao Palhinha for £25-33m this summer 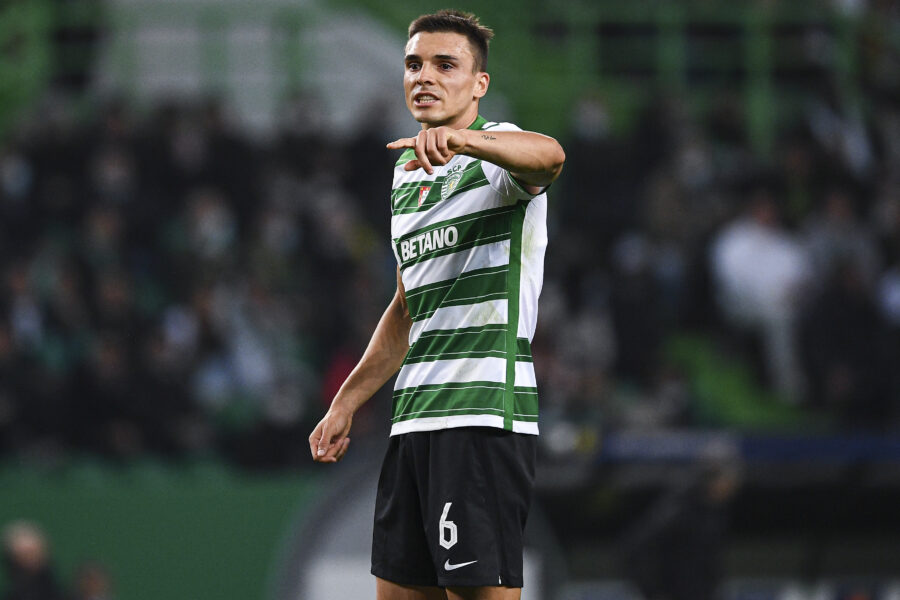 The Red Devils have been keeping tabs on the Portuguese’s performances over the past few months, and it was recently reported by The Mirror that he has been watched at least ‘eight times‘.

The midfielder’s current deal with Sporting has release clause worth £50m, but O Jogo reports that he could be prised away for less. A package between £25-33m could be sufficient.

Palhinha played a key role for Sporting as they won the Primeira Liga title after a 19-year wait. He has continued to impress this campaign with over three tackles per game.

The 26-year-old has also excelled with his concentration in and around the box. He recently stood out against Manchester City despite the heavy 5-0 European defeat. He won 10 aerial and ground duels.

United are likely to pursue an elite defensive midfielder this summer. Scott McTominay and Fred have impressed under interim boss Ralf Rangnick, They have produced key goal contributions.

However, there has been a lapse when it comes to the defensive work. There have been multiple games where one of them has been out of position which has partly contributed to the opposition scoring.

Nemanja Matic has also featured in the holding midfield role this campaign. While he has looked more assured than the duo with quality distribution, he does not provide the same work rate as the pair.

Hence, the Red Devils definitely need a young and experienced midfielder that can make an immediate impact. Palhinha could be the solution, judging by claims that United are continuously monitoring him.

The Portuguese has impressed for both club and country over the past year. He has already earned 12 caps. He should be a cost-effective signing for United compared to the hefty £120m fee for long-term target Declan Rice.

The extra funds saved could be utilised to pursue a marquee striker. Cristiano Ronaldo has done a credible job with 15 goals this term, but there has been barely any competition for him up front his campaign.