Manchester United have officially announced on ManUtd.com that Erik ten Hag will become their permanent new manager in the summer.

Manchester United have officially announced on ManUtd.com that Erik ten Hag will become their permanent new manager in the summer.

Ralf Rangnick has been serving a interim manager at Old Trafford since Ole Gunnar Solskjaer was sacked back in November 2021. The German coach has been unable to turn things around on the pitch with United currently sitting sixth in the Premier League table following Tuesday night’s humiliating 4-0 defeat to Liverpool.

Manchester United bosses have been carefully looking for a permanent successor for Solskjaer and ten Hag emerged as the front-runner ahead of Paris Saint-Germain’s Maurcio Pochettino earlier this month.

United have now formally announced on their website that ten Hag has been appointed as first team manager. The 52-year-old will arrive at the end of the season and has signed an initial 3-year contract with the option of a further year. Ten Hag’s current No.2 at Ajax, Mitchell van der Gaag, will follow him to Old Trafford this summer.

Following the announcement, ten Hag said it’s a ‘great honour’ to become Manchester United manager and made it clear he’s determined to bring success back to the club. 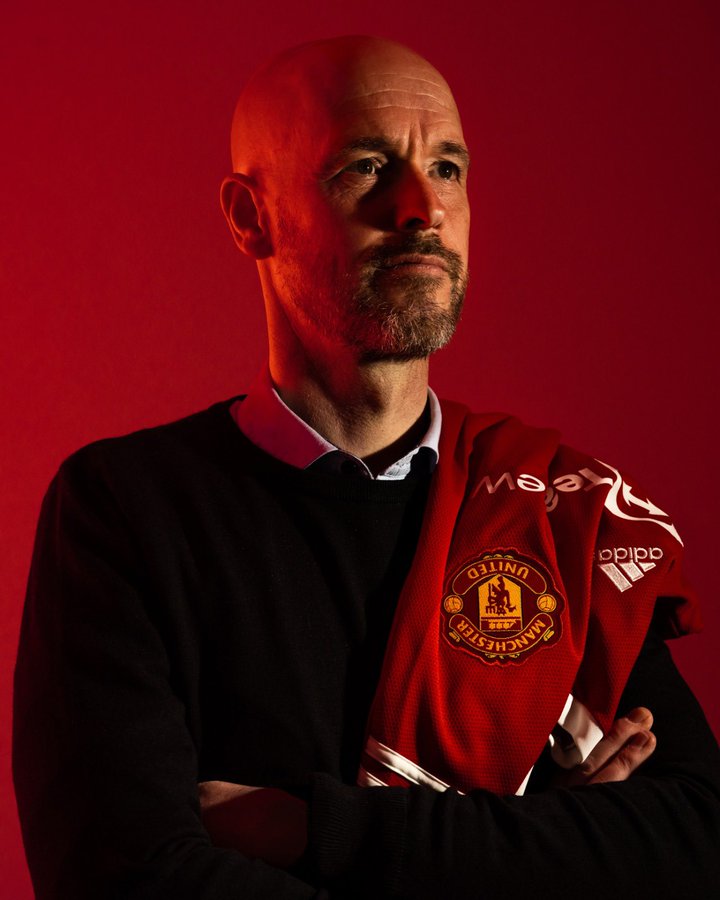 “It is a great honour to be appointed manager of Manchester United and I am hugely excited by the challenge ahead. I know the history of this great club and the passion of the fans, and I am absolutely determined to develop a team capable of delivering the success they deserve.

“It will be difficult to leave Ajax after these incredible years, and I can assure our fans of my complete commitment and focus on bringing this season to a successful conclusion before I move to Manchester United.”

Ten Hag has been with Ajax since 2017 and is on course to win his third Eredivisie title as the Dutch giants sit four points clear of PSV Eindhoven with seven games to go.

The Dutchman becomes the fifth permanent manager since Sir Alex Ferguson left in 2013, and ten Hag is now expected to undertake a huge building job at Manchester United as he looks to end the clubs five year trophy drought.

The likes of Paul Pogba, Edinson Cavani, Jesse Lingard and Juan Mata are set to leave on free transfers when their contracts expire in June while several other players are expected to be sold to help make room for new signings.