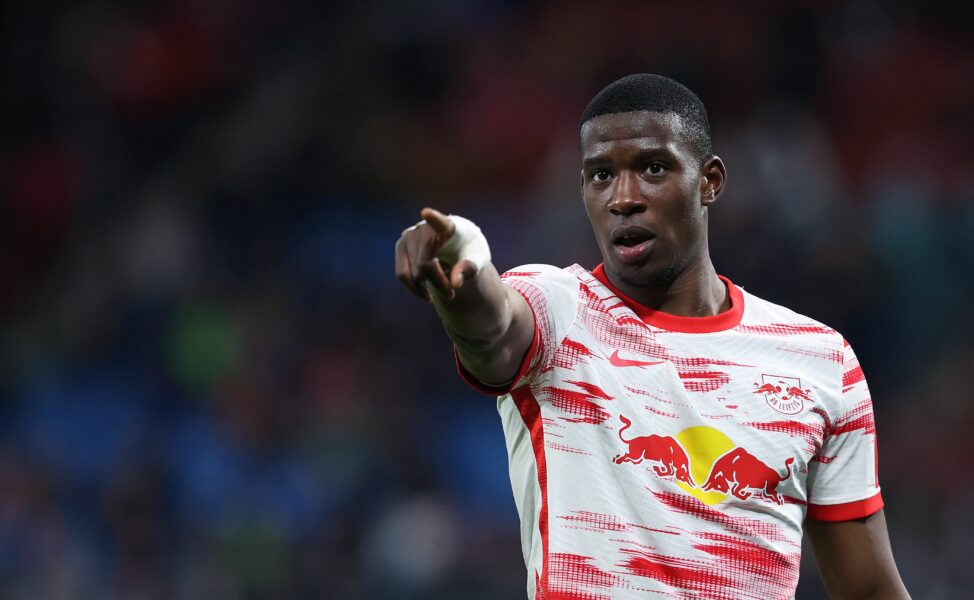 Manchester United are looking into a summer deal for RB Leipzig’s Nordi Mukiele, having monitored his progress for several years, Foot Mercato claims.

The Red Devils will have a new manager at the helm in Erik ten Hag this summer, and the focus could be on bolstering multiple positions including the right-back department.

Aaron Wan-Bissaka and Diogo Dalot are presently the regular right-back options for United, but neither have sufficiently impressed over the course of the 2021/22 campaign.

Wan-Bissaka started as the first-choice at the beginning of the season, but has been replaced by Dalot during the back end under interim manager Ralf Rangnick.

United could be eyeing an upgrade on the duo, and Foot Mercato reports that Mukiele is being considered.

The Frenchman has been monitored by the club for several years, and it is now reported that Rangnick is also playing a key role in the pursuit of the 24-year-old.

Rangnick signed Mukiele when he was Leipzig’s manager in 2018. The German tactician has recommended the defender as part of his consultancy role going forward.

United have lacked a creative presence from right-back this season. While Wan-Bissaka has been excellent with his tackling, he has struggled to make an impact in an attacking point of view.

Dalot, on the other hand, has been better going forward with his overlapping runs, but has lacked the cutting edge in the final third. He has been caught out of position several times.

Both players have failed to make a goal contribution this term. Mukiele would be a quality upgrade as he is an attacking full-back, who is solid with his tackling and aerial ability.

He is comfortable playing in both the right-back and right wing-back positions, but has also operated at the heart of the defence for his current club on multiple occasions.

Mukiele, who has chipped in with two goals and five assists for Leipzig this season, could be available for a knockdown price this summer with his deal expiring in June next year.

He is valued at £22.5 million by Transfermarkt. Rangnick could play an important role in luring him amid fierce competition from Paris Saint-Germain, Bayern and Atletico.