Marquinhos to undergo medical ahead of Arsenal move

Marquinhos is in London to undergo his medical and complete a move to Arsenal after a £3m deal was agreed with Sao Paulo for the attacker. 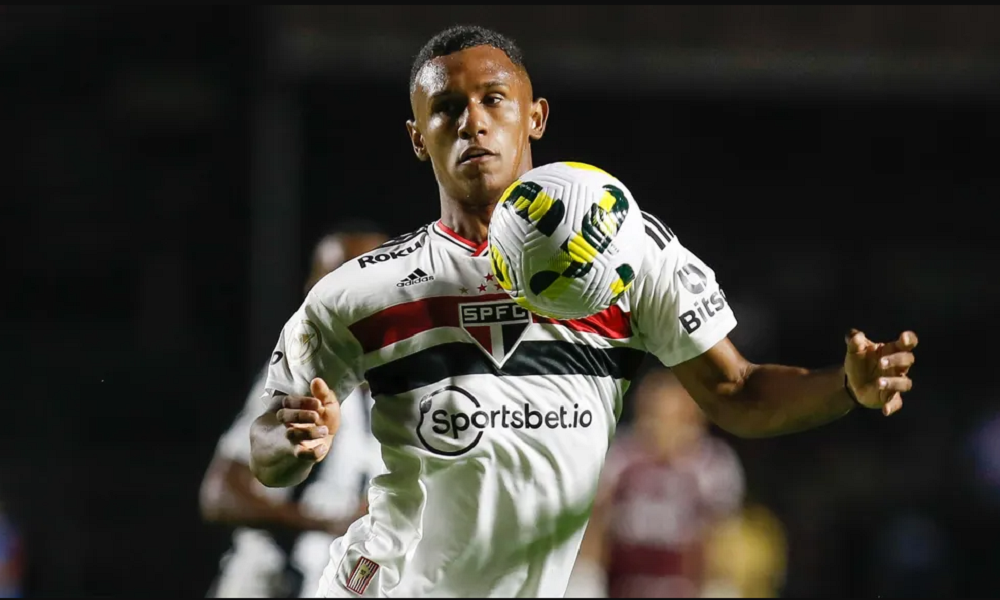 Marquinhos is in London to undergo his medical and complete a move to Arsenal after a £3m deal was agreed with Sao Paulo for the attacker, according to Goal.

Mikel Arteta is gearing up for a busy summer in the transfer market as the Spaniard knows he needs to strengthen his squad having secured Arsenal’s safe return to European football next season.

Attacking reinforcements are high on the agenda as Pierre-Emerick Aubameyang was allowed to join Barcelona in January while Alexandre Lacazette and Eddie Nketiah are set to leave when their contracts expire next month.

Arteta also needs competitions for the likes of Bukayo Saka and Gabriel Martinelli on the wings, and several established names have been linked with a move to the Emirates Stadium in recent months.

However, it looks like Arsenal are also planning for the future as Marquinhos emerged as a prime transfer target with widespread reports suggesting the 19-year-old is closing-in on a move to north London.

Goal claims Arsenal agreed a deal with Sao Paulo late last week worth around £3m to sign Marquinhos and the talented winger flew in to London on Thursday to finalise his transfer to the Gunners.

The report says the Brazilian youngster has already visited Arsenal’s London Colney training base and will now undergo his medical, with official confirmation of the deal expected shortly.

Assuming there are no last minute issues, Marquinhos will become Arsenal’s first signing of the summer window. The teenager is expected to be given a chance to impress with the first team during pre-season and could go on the summer tour to the United States.

Marquinhos came through the youth ranks at Sao Paulo before breaking into the first team set-up last year and has scored four goals in his 39 appearances so far – with the majority of his minutes coming from the bench.

The Brazilian U17 international is comfortable playing on either wing but his preferred role is on the right where he can cut in on his favoured left foot. He’s also able to play through the middle as an attacking midfielder if needed, so he’ll give Arteta a versatile option in the final third.

Marquinhos will obviously take some time to settle having come from South America and he’ll no doubt be viewed as one for the future. However, Arsenal will be hoping he’s able to break into the first team in the same way Martinelli has this season.