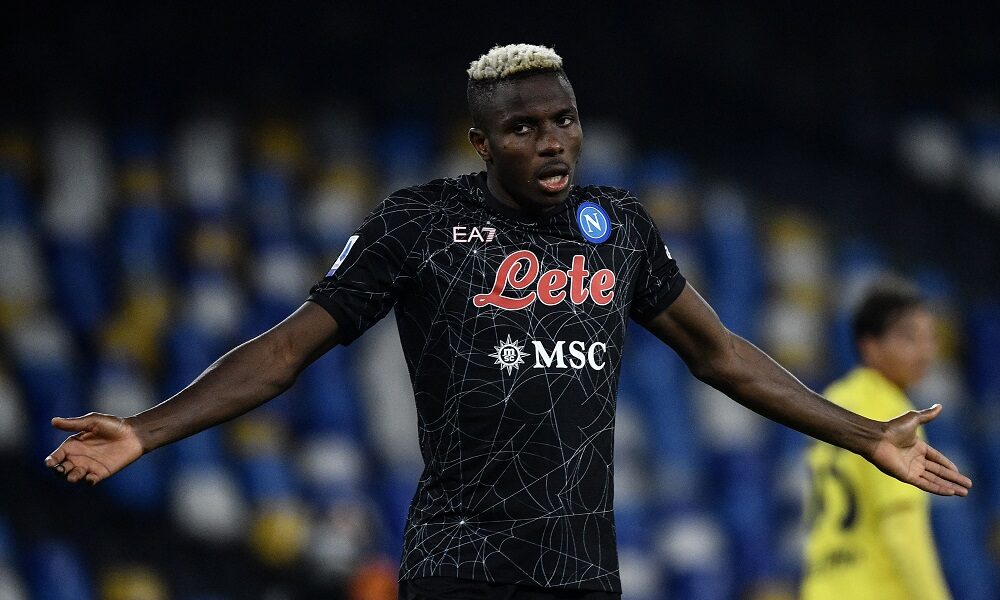 Manchester United could make an approach for Napoli star Victor Osimhen as they reflect on their striker choices, Gazzetta dello Sport claims (page 14).

The Red Devils were heavily dependent on Cristiano Ronaldo for goals last term, but there are currently doubts whether he will continue with the club for another campaign.

The Portuguese star appears keen to move on following United’s failure to qualify for the Champions League. This could urge them to enter the transfer market for a striker.

According to Gazzetta, United are being fancied to make a move for Osimhen. They could face competition from Bayern if Robert Lewandowski leaves the German champions.

Ronaldo had a terrific homecoming season at Manchester United, registering 24 goals from just 38 outings. He single-handedly won several games for the club from losing situations.

Despite this, United only finished sixth in the standings and they will be playing Europa League football next term. Ronaldo seems keen on leaving the club as a result of this.

If Ronaldo heads for an exit, United will obviously need a marquee striker to lead the line as they can’t depend on Anthony Martial and Marcus Rashford, who are not specialists.

The duo have found success up front in the past, but they are coming off disappointing 2021/22 seasons where they looked out of sorts, particularly with their finishing in the box.

This could see United make an approach for Osimhen, who had a good second season at Napoli despite a chin fracture. He bagged 18 goals and six assists from 32 appearances.

The Nigerian star is a traditional number nine, but has good pace on the counter-attack alongside an aerial presence in the box. Manager Erik ten Hag could get the best out of him.

The Dutch tactician saw Sebastien Haller excel under his tutelage after a forgettable West Ham stint. At just 23, Osimhen has age and experience on his side to excel for the Red Devils.

The big question remains whether United will meet the hefty £85 million price tag set by Napoli. The club don’t want to pay over the odds, but may need to make an exception in Osimhen’s case.