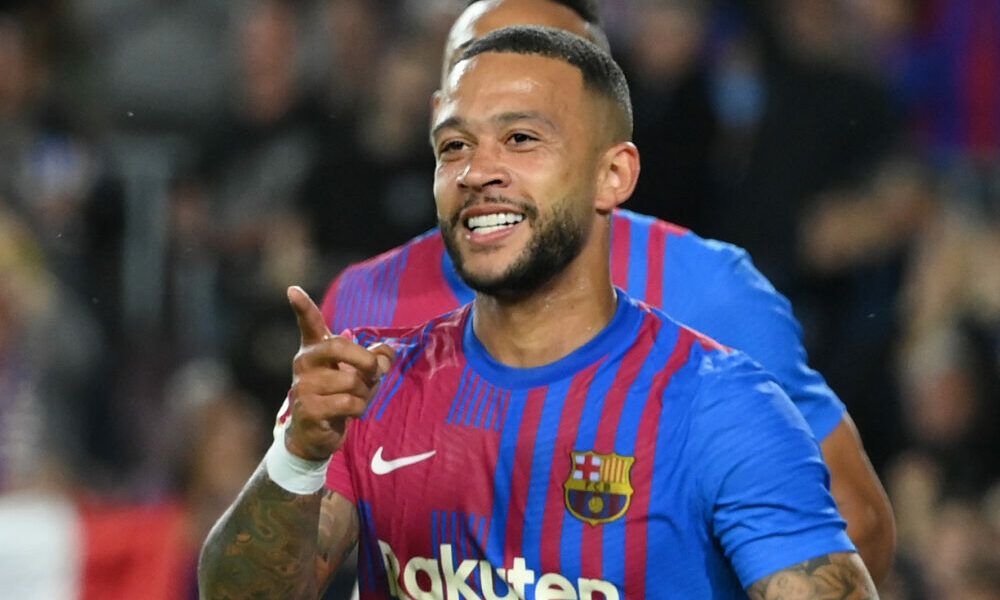 Tottenham have launched a £14 million bid to prise away Barcelona forward Memphis Depay from Camp Nou, as per the Spanish publication Sport.

Sport claims that Spurs have offered Barcelona £14 million to sign the striker but are not willing to match their £17 million valuation. Depay is currently in the final year of his deal at Spotify Camp Nou and Barca are keen to cash-in rather than risk losing him for nothing.

As per the report, Xavi regards the Dutchman as a “professional” but is convinced that he will not be a regular starter this season. Barca have signed Raphinha and Robert Lewandowski, so Depay is going to see himself drop down the pecking order.

Depay wants to remain at Barcelona but wants the freedom to choose his next club if he’s forced out the door, and is reluctant to return to the Premier League following his failed stint at Man Utd.

Sport claims that Tottenham chiefs have held talks with the 28-year-old’s representatives to discuss a move to north London but are yet to reach an agreement. There are also clubs from Italy keeping an eye on the striker’s situation.

The Netherlands international was the leading goal-scorer for Barcelona last season in La Liga with 12 goals. Barcelona had initially wanted to keep hold of the forward but the arrival of Raphinha and Lewandowski has changed things.

Depay would be a terrific addition to the Tottenham squad if they could get a deal over the line. He is a hard worker and a versatile forward who can play anywhere on the frontline. He can also drop back to the midfield should the need arise. And, he will add further depth to Antonio Conte’s attack.

To get him for a cutthroat fee of £14-17 million would be a superb piece of business. Of course, the player is looking for regular minutes. This could probably be the reason why the Lillywhites may struggle to lure him to London.

Harry Kane and Hueng-min Son are guaranteed starters and having bought Richarlison for £60 million, it is unrealistic to think that Spurs would start Depay over the Brazilian.

We’ll have to wait and see how Barca respond to Tottenham’s offer but it appears Conte is wanting to make Depay his sixth summer signing following the arrivals of Fraser Forster, Richarlison, Yves Bissouma, Ivan Perisic and Clement Lenglet.