Arsenal agree terms with Oleksandr Zinchenko ahead of move

Manchester City defender Oleksandr Zinchenko will undergo his medical this week after agreeing a four-year contract with Arsenal, according to Fabrizio Romano. 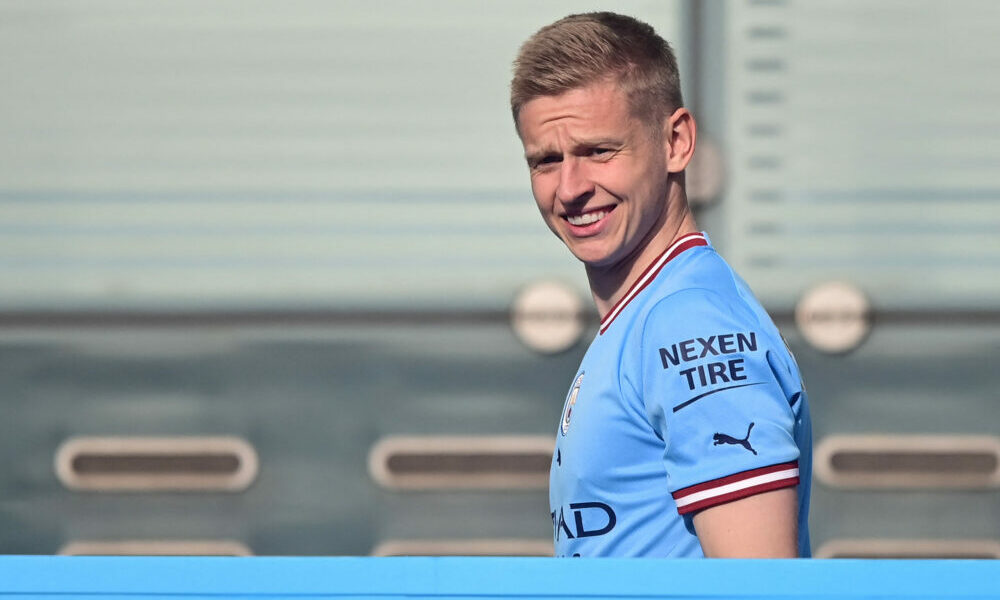 Manchester City defender Oleksandr Zinchenko will undergo his medical this week after agreeing a four-year contract with Arsenal, according to Fabrizio Romano.

Mikel Arteta has been in the market for a versatile left-back this summer as he looks to bring in competition for Kieran Tierney next season. The Scottish international has struggled with injury issues over the past two years.

Nuno Tavares failed to impress during his debut campaign in England and is expected to be sent out on loan this summer, meaning Arsenal need to bring in a replacement.

Zinchenko emerged as Arteta’s prime target earlier this month and after swift negotiations with Manchester City, Arsenal agreed a deal with the Premier League champions over the weekend.

Fabrizio Romano says the Gunners will pay £30m up front, while David Ornstein of The Athletic suggests that a further £2m could be due in add-ons, meaning the entire deal may reach £32m.

Romano says Zinchenko has now agreed personal terms with Arsenal over a four year contract and is scheduled to undergo his medical this week. Charles Watts says the medical is ‘imminent’ and may even take place in the United States where both Arsenal and City are currently enjoying their pre-season tours.

As long as everything goes to plan, the 25-year-old may complete his move in time to play some part in Arsenal’s tour. The Gunners’ final game is against Chelsea in Florida on Sunday.

The Ukrainian international has two years left on his contract with Man City and is unlikely to sign an extension as he’s struggled to hold down a regular place in Pep Guardiola’s starting eleven.

City have decided now is the best time to cash-in and Zinchenko has jumped at the chance to reunite with Arteta at the Emirates Stadium having worked together while the Spaniard was Guardiola’s assistant in Manchester.

Zinchenko should prove to be an excellent addition to Arteta’s squad as he’s a top class left-back but is also comfortable playing on the left side of a midfield three. He plays this role for his country and has excelled when deployed in this position, so Arteta may see him as competition for Granit Xhaka.

The 25-year-old will also bring a winning mentality to the Arsenal squad having won 4 Premier League titles and 5 domestic cups during his six years at Manchester City.