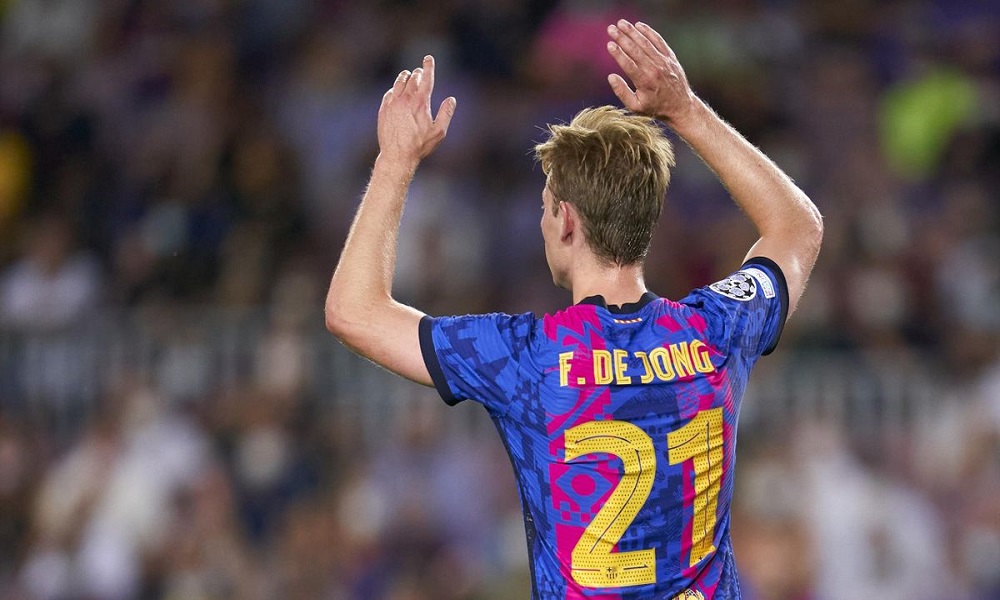 Spanish outlet Relevo has reported that Chelsea are hoping to hijack Man Utd’s move for Frenkie de Jong and are preparing a formal offer for the Barcelona star.

De Jong has been linked with a move to England all summer. Manchester United are believed to have reached an agreement with Barcelona for £71 million (inclusive of add-ons) for the midfielder. The Spanish giants, however, owe De Jong €17 million in deferred wages; therefore, the operation is far from completion.

It looks like Chelsea could now hijack Man Utd’s proposed move as Relevo claims that Barcelona are aware the London outfit are preparing a formal offer for the Dutchman. They have also expressed a “strong desire” to sign the Barca midfielder.

Relevo has also revealed that the 25-year-old is not keen on reuniting with his former boss Erik ten Hag at Old Trafford, as his preference is to continue in Spain with Barcelona.

Both, Chelsea and Barcelona have been locked in transfer battles this summer. The Blues wanted to sign Raphinha and even had an agreement with Leeds United over a fee. But, the player blocked the transfer in favour of Barca. Now, they have reignited their interest in Jules Kounde and the same chapter could repeat itself. Coincidentally, Barca have also been tipped to sign Cesar Azpilicueta this summer.

De Jong may not be keen on a move and prefers to stay in Spain. However, Barca want to make a few more signings but for that they need to free up space on their wage bill and De Jong is one of the highest earners at the club.

Chelsea’s interest in the Dutch international makes perfect sense. N’Golo Kante and Jorginho have entered the final year of their respective contracts. Therefore it makes sense for Thomas Tuchel to have an eye on De Jong.

Saul Niguez has been sent back to Atletico Madrid after a disappointing loan season so a replacement is needed. They have also been linked with a move for Declan Rice but West Ham’s valuation of the Englishman makes a deal highly unlikely.

De Jong is a creative midfielder with a high work rate. He is good moving forward but also tracks back. Passing and keeping possession are his strong suits so he could fit in well with Tuchel’s system.

Manchester United have put a lot of work in to get an agreement in place but are yet to get a deal over the line, which has left the door open for Chelsea to try and hijack their proposed move.