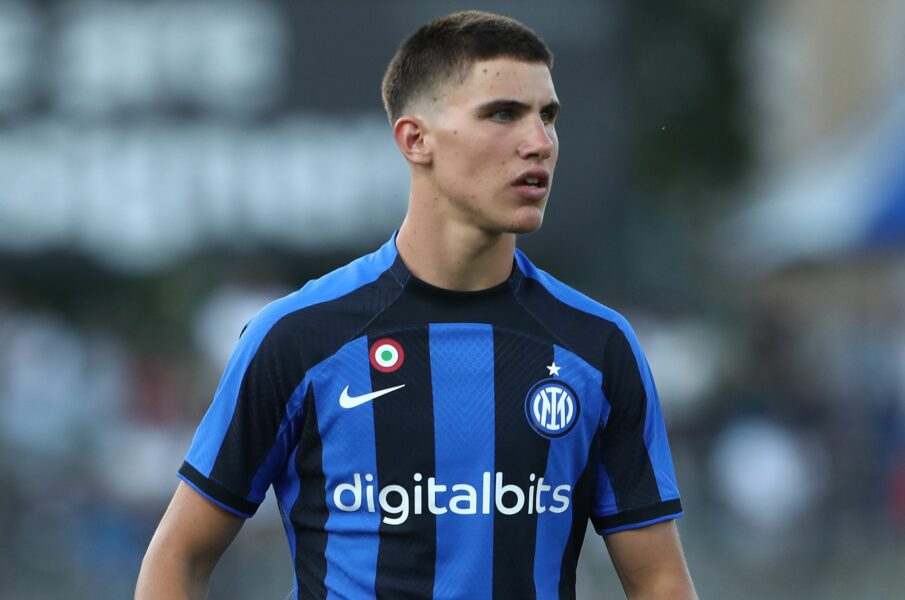 Chelsea have made an opening bid to sign Inter Milan midfielder Cesare Casadei, as per Gianluca di Marzio.

The Blues have made just two signings in Raheem Sterling and Kalidou Koulibaly this summer, and they are likely to be busy towards the end of the transfer window.

Another centre-back continues to remain their top priority, but hand in hand, Chelsea could also look into the future with the purchase of emerging European talents.

Casadei is a player that has made a big name in the youth ranks at Inter, and Di Marzio claim that Chelsea have made an opening bid between €7-8 million (£5.8-6.7m) to sign him.

Chelsea previously tried to negotiate for Casadei during negotiations for Romelu Lukaku. It is reported that Inter Milan are reluctant to lose him without a buy-back clause.

Casadei has yet to make his Inter debut, but was superb for the Primavera side last term. He registered 16 goals and five assists from 39 appearances across all competitions.

The central midfielder should be in line to represent the first-team this season, but Chelsea will be hoping that they can persuade the San Siro outfit to sanction his sale.

Their opening offer has been deemed insufficient by Inter, and they may need to make a much higher offer to persuade them without the inclusion of any kind of clause.

Inter don’t want to lose their highly-rated graduate this summer, but they could be tempted to cash in for a higher price as they are currently in a tight financial situation.

It was recently reported that they are willing to sell Denzel Dumfries for around £34 million as they need to recoup about £50.5m from player sales to recover expenses.

Chelsea are also interested in signing the Dutch star and a potential double swoop could be on the cards.