Aaron Ramsdale has been handed a new number at Arsenal, after Bernd Leno’s departure from the club. After the switch, Ramsdale said he was “proud.” 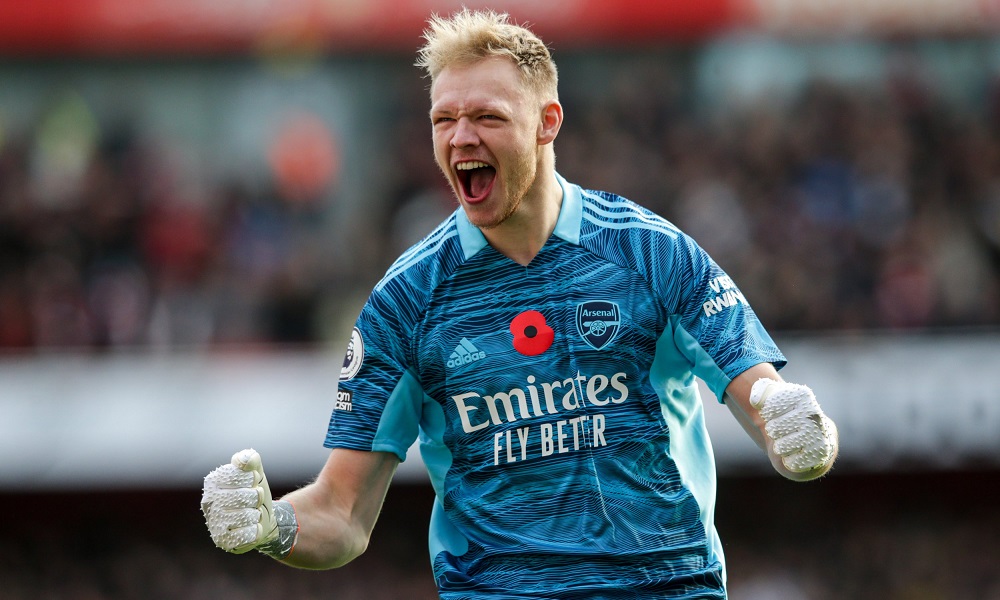 Arsenal have confirmed on Arsenal.com that Aaron Ramsdale will have the number 1 squad number ahead of the new season.

Ramsdale’s new shirt number was confirmed a day after Bernd Leno’s move to Premier League fellows Fulham was made official on Tuesday evening.

The England international – who moved to North London last summer for a whopping £30 million – became Arteta’s number one soon after signing for the club.

Despite the huge clamour to not sign him by the Gunners faithful, it didn’t take Ramsdale long to put a different picture of him on Arsenal fans’ canvases.

12 months after signing for the London outfit, the 24-year-old has become a true fan favourite.

The shot-stopper has 37 appearances for Arsenal in which he has kept 14 clean sheets. After his impressive performances in the iconic red and white jersey, he was handed his England debut in November last month.

Since then he has made three appearances for the Three Lions and will be in serious contention of starting as England’s number 1 in the upcoming World Cup.

“I’m very proud and honoured to be taking this massively prestigious number. Some of the greats have worn this shirt and hopefully, I can emulate how they performed on and off the pitch and also add a twist of my personality to it as well.”

The former Sheffield United and Bournemouth man, who has already made an impressive 109 Premier League appearances, continued by thanking Leno for helping him settle in North London.

“To Bernd Leno, I wish nothing but happiness and greatness on your new adventure. Thank you for showing me the ropes and I hope I can hold myself as graceful as you did in the shirt.”

Ramsdale’s new number is just a formality from Arsenal. It was clear pretty early on from his services for the club that he had established himself as number 1, despite his number 32 not reflecting that.

In spite of getting a more important number and the added pressure that comes with it, I’m sure that the young goalkeeper will hardly be bothered by the noise.

I think he will go on what he has already done at North London: flourish.