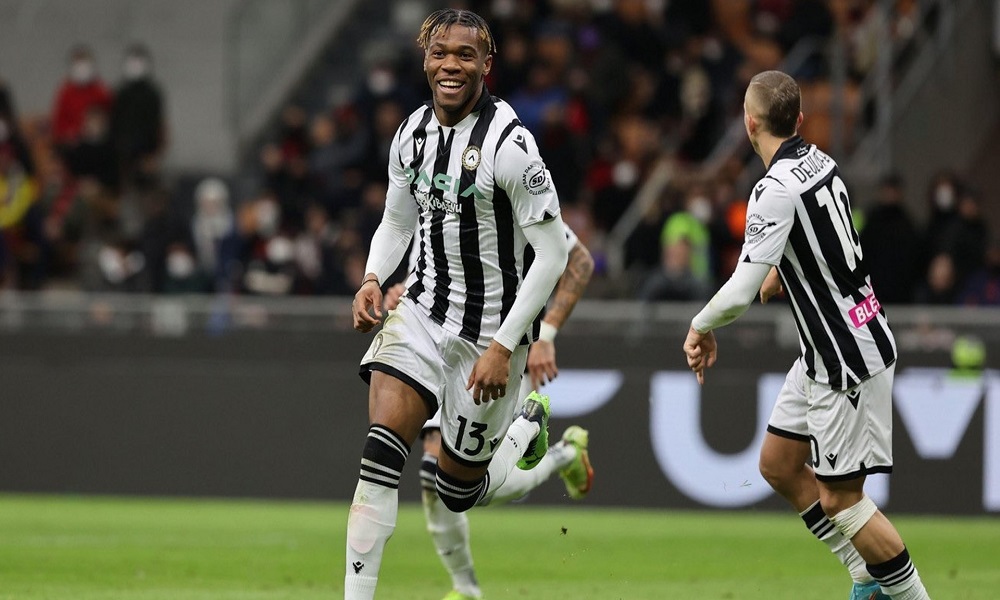 Gianluca Di Marzio has reported that Tottenham Hotspur are pushing to complete a deal for Udinese defender Destiny Udogie.

The source has revealed that the Serie A side have slapped a £21 million (€25m) price tag on the Italian. That said, he is said to be one of Antonio Conte’s important targets and the Lillywhites want a deal in place for him as soon as possible.

The idea is to finalise an agreement with Udinese and loan back the 19-year-old for the upcoming season. Udogie would then finally arrive at Tottenham next summer to begin his career in North London.

Inter Milan, Manchester City, and Brighton are all said to be interested in signing the exciting prospect but it’s Tottenham who are ‘pushing’ hardest to get a deal agreed, according to Di Marzio.

Conte has been assiduous this summer, having already made six additions. The former Inter Milan manager has managed to sign Ivan Perisic, Fraser Forster, Yves Bissouma, Richarlison, Clement Lenglet (season-long loan), and Djed Spence to add depth and quality to his ranks. And now, it seems the Italian is not done with his summer plans.

Destiny Udogie is a modern defender. He is primarily a left-back who is used to a three-man system but can also play as a wing-back on the left flank.

Udogie is strong physically. He is also agile and standing tall at 1.88m, he has a propensity for winning the aerial duels. The Udinese defender also carries a cool head on his shoulders and rarely loses the ball under pressure.

With the required pace and strength on his side, he certainly has what it takes to succeed in England, and under Antonio Conte, he could flourish at Tottenham. With the Italian tactician favouring a system that employs wing-backs, he could be a real key player for Spurs in the future.

The idea for him to spend the 2022/23 season on loan at his current club is also an impressive one. He will arrive in London with experience on his side and will have developed further.

Udogie is certainly an exciting prospect and one to watch out for in the next decade. However, it remains to be seen if the North London club manage to reach an agreement with Udinese.