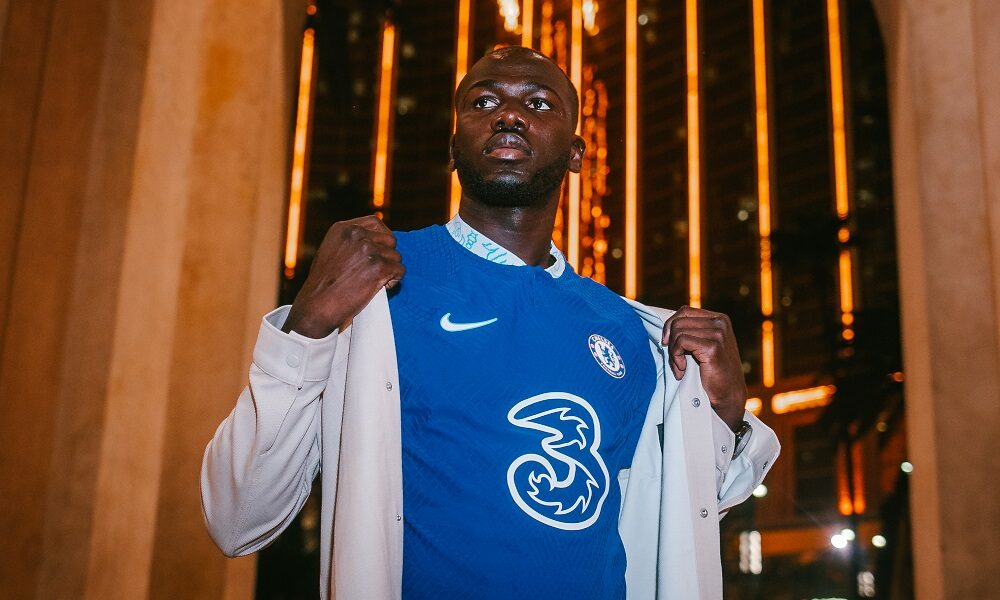 Chelsea begin their new Premier League campaign with an away game at Everton on Saturday.

The Blues have made big moves during this summer’s transfer window with the signings of Raheem Sterling, Kalidou Koulibaly, Gabriel Slonina, Carney Chukwuemeka and Marc Cucurella.

Among them, Sterling and Koulibaly are on course to make their club debuts this weekend, having already played a part in the recent pre-season tour of the United States and Italy.

Chelsea have tended to struggle against Everton with just two wins from the last eight meetings. However, they have been handed a boost with the Toffees missing Dominic Calvert-Lewin.

Here is how Chelsea could line up against Everton:

Goalkeeper: Edouard Mendy has been Chelsea’s first-choice goalkeeper over the past two campaigns. The Senegal international is expected to start between the sticks tomorrow ahead of Kepa Arrizabalaga, who appears on the verge of leaving on loan.

Defence: Chelsea only announced Cucurella’s arrival today, but we don’t see him making the starting line-up without any training session with his teammates. The back three could comprise of Cesar Azpilicueta, Thiago Silva and new summer signing Koulibaly.

Koulibaly has joined the Blues with a huge reputation, and he will be aiming to have a commanding influence like Antonio Rudiger, who is now with Real Madrid. Reece James and Ben Chilwell should be nailed-on starters in the right and left wing-back positions respectively.

Marcus Alonso fared exceptionally well in Chilwell’s injury absence last campaign, but the Spaniard could be heading for the exit door with Cucurella’s arrival. The former Brighton man can play either on the left side of the back three or in the left wing-back role.

Midfield: Jorginho and N’Golo Kante have tended to be manager Thomas Tuchel’s regular choices in the centre of the park. Mateo Kovacic has been swapped with one of the duo on multiple occasions, but we are fancying Tuchel to go with the more experienced pairing for the season opener at Goodison Park.

Attack: Sterling is expected to make his Chelsea debut from the starting line-up. The England international is likely to lead the line with Kai Havertz and the reliable Mason Mount occupying the attacking midfield positions. Tuchel may consider changes off the bench.

With the five substitute rule reintroduced in the Premier League, the Blues boss has the chance to be flexible with his attacking options in the back end of games. Christian Pulisic, Hakim Ziyech and Callum Hudson-Odoi could get cameos. Timo Werner is nursing an injury.