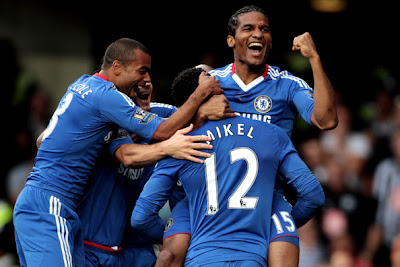 Though not a big game by that name, Chelsea want to finish off the season on a respectable note, by a win against West Bromwich Albion in this weekend at the Hawthorns, to heal some of the wounds they suffered by the exit from the UEFA Champions’ League, for yet another season running, and that to in the hands of their bitter league rivals, Manchester United. Perhaps, the biggest speculation around Chelsea, and also in England, in none but the sacking of Carlo Ancelotti, but still the proper Chels from around the world are trying to motivate themselves in this game, because they still have that belief that they still can finish second in the League. They aint wrong though, ’cause second-placed Arsenal have a big-game against Liverpool this weekend, and so the Chels can hope that their London rivals can drop points.

The Reverse Fixture this Season

West Bromwich Albion have no injury worries, and are likely to deploy the same team that came back and won against Sunderland. Chelsea have their full squad at their disposal for yet another time, but wont rest anyone, but Mikel can replace Essien at the holding role.

David Luiz was ineligible in the Champions League and is likely to be recalled for this match. Ramires’s red card on Tuesday only applies to European matches and he can play at the Hawthorns.