Ferguson Will Be Making Tough Decisions In Summer 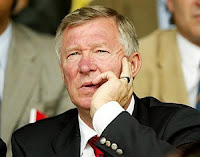 Sir Alex Ferguson has recently admitted that he will be making some tough, but quick decisions this summer about which players he will keep at Manchester United next season. Not wanting any complacency to set in, Sir Alex knows that he cannot allow any “sentimental” feelings come into his decisions, which is why he has to make them hastily.

The United manager already knows he has a couple of players who are pondering retirement, but Ferguson also knows that there are few players that he needs to make a cold-blooded decision for.

Gary Neville has bowed out of the game, Edwin van der Sar has claimed he is playing his last season and there is heavy speculation that Paul Scholes, who will miss the next three Barclays Premier League matches, will be following these two into retirement.

While Sir Alex has probably done all that he could to convince van der Sar to play another season, he might not be having that conversation with the Ginger Price. Over the last month of the season, two silly challenges will see Scholes miss five matches. No matter how good or loyal a player is, Ferguson has an arbitrary decision as to whether Scholes can contribute at a positive level.

That is not to say that the ginger-headed midfielder cannot still have a commanding presence, because he is still one of the best players in the Premier League, but the problem is that you cannot rely on him to not get that red-mist and put the Reds at another disadvantage. Scholes has only scored one goal this season, a trademark stunning strike that marked his 150th goal for the club, but even he knows that he must maintain a certain standard, which, unfortunately, has not been there this season.

A couple of other long-term servants of the club, Wes Brown and Darron Gibson, could make way for fresh faces next season. Brown, who has been at the club for more than 15 years, has fallen to wayside after his poor choice of words directed at Ferguson last summer. The 31-year old has only 15 appearances this season, and his captain-for-the-day against Crawley Town was more of a punishment than a reward.

Despite being a Red for his entire career, Gibson has not been able to prove that he is a long-term solution to Ferguson’s midfield issues. The Irish midfielder has been encouraged by his national team coach, Giovanni Trapattoni, that he needs to leave Old Trafford to realize the potential of his career, but Gibson refuses because he knows anywhere else is a step down.

Michael Owen, who has only made 12 appearances this season and Owen Hargreaves, who has played a total of five minutes in the last 12 months, are both out of contract at the end of the season, and it would take a very brave person to think that either one of them will be at Old Trafford next season.

Hargreaves has caused Ferguson the most gray hair, because just when he thinks he has him available, something goes wrong with him. Finally recovering from career-threatening knee problems, the multidimensional midfielder has succumbed to a serious groin injury and then a shoulder injury, and it looks like Ferguson’s patience has finally wore thinner than the cartilage in Hargreaves knees.

The other Owen, Michael, has been a frustrating one to deal with as well, because as soon as he gets into form, he suffers an injury setback. However, over the last month or so, the United No. 7 has endured a tough time finding a chance to fit into Sir Alex’s team with the form of Dimitar Berbatov, Javier Hernandez and Wayne Rooney, but he did nothing in his 18-minute cameo against Fulham to warrant a chance.

Even when United were in desperate need of a goal to keep their slim treble chances alive against Manchester City, Owen was overlooked in favor of Fabio, a young, inexperienced defender, which allowed Nemanja Vidic join Chicharito in the attack, instead.

There have been two players that have already stated their desire to leave, one later reneged his request, but either way that type of mentality, or lack there of, will not sit well with Ferguson. Back in January, there was a rumor that Gabriel Obertan was frustrated at his lack of first-team opportunities, so he apparently had his transfer request denied by the club. The young French winger has been more miss than hit since arriving in a shock transfer from Bordeaux.

Hours before Reds’ match with West Ham United a couple of weeks ago, Tomasz Kuszczak, amazingly announced that he will not be sticking around Old Trafford for another season. In four seasons with United, Kuszczak, who is best known for having the best Scrabble name, has only made 60 appearances, which is equal to the total of matches that Reds could play this season if they make the 2011 UEFA Champions League Final.

No manager likes to make hard decisions, but Sir Alex Ferguson knows that for Manchester United to move forward in a positive direction he must make and stick by them without any regret.