Samba Could Have Saved Arsenal’s Season

Arsenal went from defeated the Champions-elect Manchester United by a goal to nothing to being outplayed by Stoke City and defeated 3 – 1 strangely convincingly. How could that happen? How could a side with title ambitions, although small ones, be… 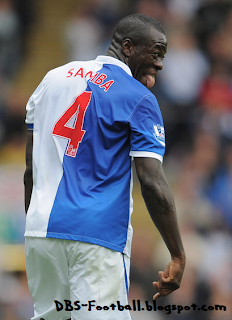 Arsenal went from defeated the Champions-elect Manchester United by a goal to nothing to being outplayed by Stoke City and defeated 3 – 1 strangely convincingly. How could that happen? How could a side with title ambitions, although small ones, be beaten without so much as a whimper against a side they should expect to beat? It isn’t good enough, but this sort of thing has been happening all season long for Arsenal.

Against Stoke, the defending was unimpressive. It was not the defending of Champions. Manchester United’s win against Chelsea showed Arsenal what they were missing, with an excellent show of togetherness to match their name – United. Arsenal’s defence are very much disunited, with mistakes too common, too avoidable and just plain silly.

Cast your minds back to Arsenal’s visit to Newcastle early February, and all of Arsenal’s defensive frailties were highlighted for the world to see. Four goals up and cruising, there should have been no way back for the Magpies, but somehow, something happened to enable a 4-4 draw to be the final result.

Was it the players mentality? Was it their ability? Was it Wenger’s tactics? Whatever it was, it was a dreadful result, and one that teams up and down the League saw and thought it very possible to wobble Arsenal, shake those young players brains and come out with something.

Arsenal have missed Thomas Vermaelen, no doubt about that. They missed his no nonsense, uncompromising, robust, strong, and committed defending as well as his excellent leadership qualities. Arsenal knew he was going to be out for a while, but how long he would be out for proved an issue. Wenger had said in the build up to the January transfer window that if Vermaelen didn’t look as if he would be fit for the season, he would go into the transfer market and purchase a defender – a replacement.

It looked as if they had found the perfect replacement too in Christopher Samba of Blackburn. He is strong, athletic, a towering presence – one who can command his area with power and has a dominating physical presence. Arsenal, he revealed were close to signing him in January:

‘I think a move to Arsenal was very close in January but that is life.’ “Everyone knows I am ambitious. You only have one career so you need to make the best of it. I’ve committed myself to do my best for Blackburn and then we’ll see in the summer.”

The 27 year-old is not short on experience in the Premier League and would have been a fantastic buy and addition to the Arsenal defence. Could you have imagined the meltdown against Newcastle in February occurring with a strong, forceful, experienced and mentally together defender in the side? Though no one expected the extraordinary breakdown anyway, Samba’s presence surely wouldn’t have been a bad influence. Those Arsenal players needed a presence like that in the defence, and not signing Samba was a big decision.

Arsenal’s season could have been saved, or if not, hugely improved by the addition of a commanding centre back like Samba. In narrow losses or draws, the Gunners may have been able to grab some extra points out of the game, and who knows, Arsenal may be up there at the top challenging Manchester United until the last day.

The Carling Cup could have been theirs – it was a defensive mistake that saw that slip, and Barcelona may have been a different story in the Champions League – although that may seem unlikely.

As it is, Wenger did not buy, a move he has since expressed his regret for, but an experienced manager like him really should have known better and been able to bring in a player to accommodate for Vermaelen’s absence.