Carlo, Zola, Guus – Expect This ‘Dream’ Trio At The Bridge Next Year 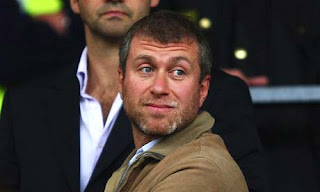 It is the third time in Roman Aramovich’s 8-year dynasty, and we are trophyless. This wasn’t totally expected by us, when the season started, so there are calls from every Chelsea fans from around the world for a change. Some want a massive overhaul of the squad, or some want only two or three players replaced by some good counterparts, or some even want a change in the coaching staff.

I am writting this article, much to the wish of my co-blogger, Ash di Spontaneous, who expressed a dreamy, but earthly wish of seeing a trio of Carlo Ancelotti, Gianfranco Zola, and Guus Hiddink at the coaching staff. With Arnesen about to leave for Hamburg SV by the end of the summer, the role of sporting director will become. The Dane worked hard, but faced the rage of criticism from people of all over the world, including some Chelsea fans, for being unable to produce some talents, and wasting millions of pounds. But after Arnesen decided he will leave the post, we finally saw, that Chelsea’s future is bright, by seeing the likes of Josh McEachran, Ryan Bertrand, Gael Kakuta, Milan Lalkovic, etc. So to make sure, that this new wave of production doesnt get hindered, we must employ an efficient person at the vacant post of sporting director at Chelsea.

Media reports are claiming that Chelsea, or in other words, Roman Abramovich is running for Guus Hiddink to replace Ancelotti as the manager. I will keep on doubting those reports, unless and until they are official, as I have always said. Moreover, Guus Hiddink had already stated that he is too reluctant to take over the managerial position again, but will prefer the role of a sporting director. So I think he is the right man to succeed Arnesen, and Roman should try to persuade Guus for this post. We all know that if Roman tries something, its not impossible. 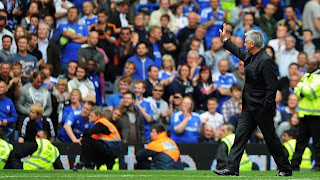 Now, after the sacking of our club legend Ray Wilkins, our side had astonishingly slumped to an agonising 4th place from the pole position. Many claim that his sacking synchronished Chelsea’s slump. I dont believe that. Rather, I think his successors are inefficient. Paul Clement lacked proper experience and Michael Emenalo, was rumoured to be not admired by Ancelotti at all. And so that distance may have trigged our slump. So, a change in the assistant managerial role is always an acceptable suggestion. Now, who do you think, should get there? I think its our one of the greatest club legends, Gianfranco Zola. Sacked by West Ham, a season ago, he is free from any roles now. So I think, if he is requested to takeover the assistant managerial role, he will widely welcome that proposal.

Moreover, he has a natural bond with the club, the fans at the Shed End and the Matthew Harding, where he always went to celebrate after a goal, and lastly he has tremendous bondage with our John Terry and Frank Lampard. So you cant ask more! Zola is dedicated, jovial, loving and indeed, a right person, who can link up well with the coach and the players, triggering some possible good outcomes on the field.

The future of Carlo still remains uncertain, and everyone are saying that probably Carlo had managed Chelsea for the last time in front of the Stamford Bridge in the match against Newcastle United. Carlo did attend the customary ‘Lap of Honour’ and he waved the Chelsea fans, but some positive chance of a potential ‘Carlo stay’ is still there as Roman Abramovich was present at the Bridge that day, and heard some chants from the Chelsea faithful, ‘Stay Carlo Stay.’ Probably, this can change Roman’s mind. In the coming weeks, a certain expectation of the media can change for those chants.

But, irrespective of what happens, in the coming weeks, I can widely expect Roman to stick with Carlo and should look at the assistant managerial position and the one at sporting director, instead of spending for players first. Roman had turned many unexpected things into reality, so I, along with Ash di Spontaneous (@ChelseaAnalyst) can expect a trio of Carlo Ancelotti, Gianfranco Zola and Guus Hiddink at Chelsea from next year – and its never a dream!