Wenger: I Have A Transfer List For The Summer 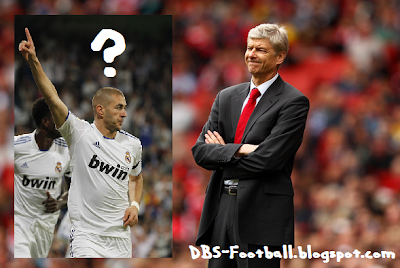 Arsenal, and in particular Arsene Wenger, have been criticized for the lack of transfer activity over the past few years with chances coming and going to invest in new players, much to the frustration of many Arsenal fans. However, he has announced that there will be transfer activity this summer, saying Arsenal are “definitely” in the market for players.

With a rumoured transfer kitty of £35 million, Wenger has plenty to spend, and rumours are constant as to who he will buy with it. Will he spend it all on one, big, established, experienced player, or will he invest in a few promising youngster? The Arsenal manager said:

“I like English players. They are good, but I have said the inflation for them is always very high. It is always a lot of money, but if we have to spend we will do it, if we are really convinced.”

“On one player we can afford it, but it depends what will happen. We have lists – number one, two, three – and we will try to achieve them. Unfortunately it does not always go like planned. It is very difficult to make things happen.”

“We will work on strengthening the team. We are definitely out on the market – that is for sure.”

However, despite his positive comments on Arsenal’s proposed activity in the market, it remains unlikely that he will spend loads of money – it isn’t in his nature. He will only spend “what is needed” and no more. Despite peoples criticisms of him, he speaks a lot of truth.

When clubs like City spend tens of millions without a seconds thought, clubs hike the prices of players up and wait for them to come in with a bid. Wenger understandably wants to avoid that situation:

“I will spend what is needed to spend. It is very difficult to go out and say ‘we have so much money’, because then people wait for you.”

Wenger highlights the need to be cost efficient, taking into consideration the fees, the wages and the long term. It is important too, he says, to get is key players signed up on new contracts so as to avoid the scenario of them walking out on a free transfer. Seems obvious, but when their player of the season Samir Nasri (according to a DBS Football poll) is at stake, it is vital:

“Our costs always go up – our wages go up, we renew contracts of the players, they know the prices which are available on the market, so the prices go up every year.”
“We will sort that situation out quickly after the end of the season. We need to know very quickly. We won’t allow that [contracts expire] to happen. It has to be resolved before the season starts again.”