Before starting this article, I want to congratulate Swansea City, for being promoted to the Barclays Premier League. The day before yesterday, they stole the show away from Cardiff City, to be crowned as the play-off champions. So, Chelsea will face … 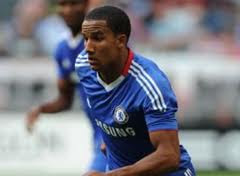 Before starting this article, I want to congratulate Swansea City, for being promoted to the Barclays Premier League. The day before yesterday, they stole the show away from Cardiff City, to be crowned as the play-off champions. So, Chelsea will face a new team, and we will enjoy it, surely. Their style of play have led everyone to call them as ‘Swansealona’ ( a paradigm of Barcelona). But I am not going to write about their style of play, nor about them. But off course, I will be writing about one of their players, Scott Sinclair.

Last summer, Swansea manager Brendan Rodgers payed Chelsea, 500,000 pounds for Scott Sinclair. And now, he is the most lethal weapon of the newly promoted Welsh club. A prolific goalscoring winger, who has 27 goals in this season, is also dangerous with his pace and skill. He, along with Borini and Dyer spearheads the deadly Swansea attack.

Well, Scott Sinclair did have five years at the Stamford Bridge, but that wasn’t of  a big deal. Many Chelsea fans hardly knew about him. He played just five league games for Chelsea, but was loaned out for six times!!! And so, I back his reaction, after promoting Swansea City to the English Premier League. He said:

“Leaving Chelsea was the best decision I ever made as I’m finally playing every weekend, showing everyone what I can do.

“When you join a club on loan, you’re not a part of the team. I got promoted with Birmingham but didn’t feel the same emotions as now as I knew I was going back to Chelsea.

“Today, I’m feeling a part of Swansea’s success because I’ve been involved all season.”

Yeah, if you are a player, you want to prove yourself everytime, and for that you need chances to play games regularly. He hardly got those chances at Chelsea, as was evident from the fact, that he only got five premier league chances. So, he decided to move on for fulfilling a natural dream of a footballer. Now he is a star of Swansea City. Really he is!! He had scored 27 goals for the Swans, bagged a hat-trick in the play-off final and got Swansea City promoted after so many years. And I am not surprised by the way, the Swansea fans are claiming him as a legend. Here is a tweet from a fan, that he retweeted before the play-off final.

@Scotty_Sinclair if you score on Monday and we win, I will have your face tattooed on me with the word LEGEND underneath!!! #fact“

So, he is a legend to them, from now on, I guess. But I will regret the fact, that we, Chelsea fans, will remain forever barred from calling him, our legend. Our form had severely detoriated. We were even unable to end the season on a high note after losing out to Manchester United. But, look what we are interested upon? We are buying players, worth 25-30 million pounds or even more, not being assured whether they will be fruitful and help us turnaround our dismal hours. Moreover, we are spending too much of money for tracking kids of raw talent around the world, and then helping them to grow in our Academy. After they gain some experience, we are loaning them out to smaller clubs to gain 1st team experience, and then after some time, when they are coming back to Chelsea, we are selling them!! Isn’t it a disgrace? Then, why are we wasting money for these kids? We were even banned from participating in the last transfer windows for a transfer of Gael Kakuta, but luckily, our lawyers were prudent enough to fight and lift those bans. But see the status of Gael Kakuta; he went to Fulham, and now speculations are on, that he will be loaned out again. I bet it will continue like this with him for the remaining years of his Chelsea contract, and then we will sell him, like we did with Miroslav Stoch, Fabio Borini, Ben Sahar, Scott Sinclair and so on. Michael Mancienne had joined that list yesterday, as his 3 million pound transfer to Hamburg SV is now official.

So we are keeping on wasting millions and keeping on loosing gems. We saw how Stoch guided his team, Twente to Dutch League last season, and we are seeing how Scotty Sinclair and Fabio Borini are performing at Swansea City. They all are lost by Chelsea, but Scott Sinclair is perhaps a more precious gem, that Chelsea lost, and we dont know if we will regret these decisions by the club in the future.