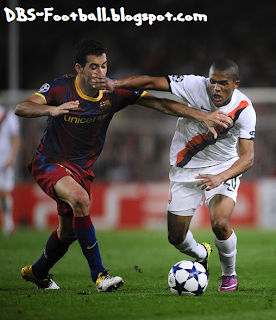 Douglas Costa was thought to be seen at Old Trafford at a game of United against Bolton back in March, but this has since been proven practically impossible, as the player was due to play back in Ukraine for Shakhtar the next day. However, you may be seeing the player at the Emirates next season quite regularly if Arsenal are to up their bid for the 20 year-old attacking midfielder.

The Brazilian’s agent confirmed yesterday that Arsenal placed a bid for Douglas, but it was rejected by Shakhtar on the grounds that they wanted money rather than a swap deal involving Arsenal’s Brazilian midfielder Denilson. The players agent, Cesar Bottega said:

“The Gunners have offered the club Denilson in exchange for Douglas but Shakhtar said no. They are not interested in Denilson and would want only money.”

Douglas was a regular at the Ukrainian club last season, playing 42 games in total, and scoring 7 goals. Manchester Untied tracked the player since his time at the Brazilian side Gremio and apparently bid for him, but Gremio instead opted for a sale to Shakhtar, who have also been reluctant to sell to United for a few million pounds, so a Denilson offer was hardly going to sway their stance.

This news comes after Arsenal’s reported interest in another of Shakhtar’s players, Willian, who TalkSport claimed Arsenal had  “made an approach for”.  In this apparent interest in Willian, Arsenal attempted to throw Denilson (again) into a possible deal, with a few million cash. Arsenal are reportedly awaiting a reply, but require one soon, preferably before the week-end, reports say.

Manchester United will have been made aware of Arsenal’s interest in their former/current transfer target, Douglas Costa but United currently have larger fish to fry, with two or three separate battles occurring between some of the top teams in the world for all of Luka Modric, Wesley Sneijder and Alexis Sanchez.