Chelsea welcome Birmingham to Stamford Bridge on Saturday for their FA Cup fifth round tie. Here’s team news, likely line-up and predicted score for the game

Chelsea welcome Championship side Birmingham City to Stamford Bridge on Saturday lunch time for their FA Cup fifth round tie.

Andre Villas-Boas is under increasing pressure to get the Blues back on track after a disappointing league run in recent weeks, and the FA Cup could provide a welcome fillip to his beleaguered squad.

There has been talk of training ground bust ups, meetings with owner Roman Abramovich and player unrest within the camp so AVB will be desperate for victory over Birmingham on Saturday to provide a welcome boost.

However, Birmingham won’t be coming to the Bridge to roll over and head into the game off the back of an impressive 13-match unbeaten run, so will be full of confidence and looking to cause an upset.

Andre Villas-Boas confirmed on Chelseafc.com that he has some mixed injury news ahead of Saturday’s game. Brazilian midfielder Ramires is back and available to play following a spell on the sidelines through injury.

However, several first team regulars are still missing. John Terry is unlikely to be risked after only having one day of training under his belt after recovering from a knee injury.

Ashley Cole is a big doubt with a calf problem, so Ryan Bertrand may get his chance at left back. Didier Drogba and Saloman Kalou have only just returned from the African Cup of Nations with Ivory Coast, so won’t be considered for selection against Birmingham. 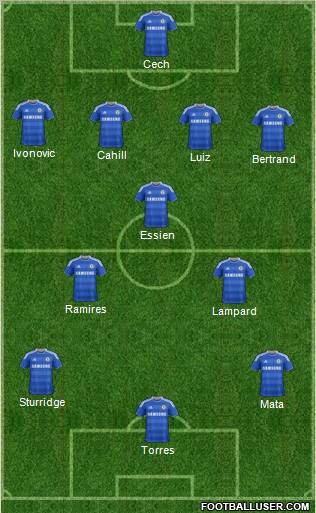 This game could be crucial in getting Chelsea back on track after a string of poor performances in recent weeks. With the Champions League tie against Napoli also on the horizon, AVB will be keen for his players to go into that game full of confidence. I can see Chelsea having too much for the visitors. Chelsea 2-0 Birmingham.