Arsenal hosts Olympique Marseille in a vital Group F clash and victory would aid their cause in qualifying from the group, as Borussia Dortmund and Napoli will lock horns in tonight’s other fixture. The group has definitely lived up to its billing as the Group of Death as the top three teams have secured results against each other while the bottom team currently serves as the whooping boys.

Following the disappointing loss to Manchester United before the international break, the Gunners have bounced back with a comfortable home victory against this season’s over-achievers, Southampton, and Arsene Wenger’s men sit at the summit of the League table with a four point cushion over Liverpool and Chelsea.

The Gunners are also in pole position in their Champions League group after a historic victory against Dortmund at their feared home ground. We are currently joint top with Napoli on nine points, while the German high flyers aren’t far off with six points. Marseille, however, have failed to register a single point with four games gone.

The visitors were in a poor run of form, losing three in four games but they are back to winning ways again, as they sealed victories in their last two Ligue 1 games. Their away form in Europe is poor with four losses in their last six games on the road in the Champions League while Arsenal on the other hand, have won five of their last seven home games in Europe.

Arsene Wenger’s team will be high on confidence but Santi Cazorla has promised that the team would avoid complacency,

“The main problem I see is everyone thinks it’s going to be an easy game for us to win. There is nothing at stake for Marseille because they have zero points but they are going to make things difficult for us

“It may be tough and if we’re not careful we might slip up and then we might not be able to get through to the next round. We need to understand it’s a vital match. If we obtained a bad result then it would make things very complicated for us to go to Napoli and win there.”

This is the kind of attitude we as fans expect from the players and I hope their concentration levels will be on check tonight. Arsenal will vividly remember that it was Aaron Ramsey’s lapse in concentration that cost the team a goal against Dortmund at the Emirates. It was only befitting that it was Ramsey that scored the match winner in Germany to atone for his error in the first leg.

The Gunners will have to be very wary of the threat Marseille’s attacking midfielders could pose as Mathieu Valbuena, Florian Thauvin and Dimitri Payet, all skillful and treacherous with the ball at their feet.

Valbuena’s low center of gravity is a huge asset for him, as he skips past players with consummate ease. The world also witnessed the skill set Thauvin possesses in the recently concluded Under-20 World Cup. His outing in France’s triumphant campaign saw him move from Lille to L’ OM and he has scored four goals and supplied two assists in his last five games.

With the absence of the usual suspects Lukas Podolski (hamstring), Yaya Sanogo (back), the Ox (knee) and Abou Diaby (knee), Arsene Wenger’s squad has no major fitness issues ahead of this game. Influential talisman, Mikel Arteta, took a knock against Southampton, but he is fit enough to play.

Mathieu Flamini missed the last match against the Saints due to suspension, but the Frenchman is expected to take the midfield. Theo Walcott is fully fit but he’ll need to get a run of games to get on his stride and I have a hunch that Wenger probably won’t start with him for this tie.

At Marseille, key player, Andre Ayew, and strong center back, Rod Fanni, are also going to miss out. 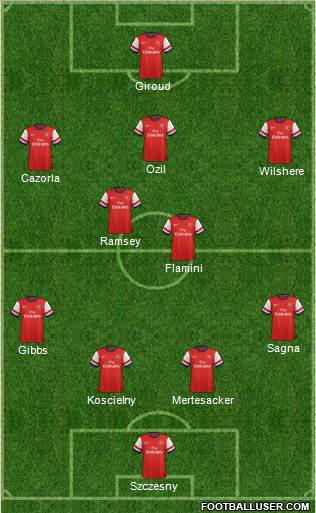 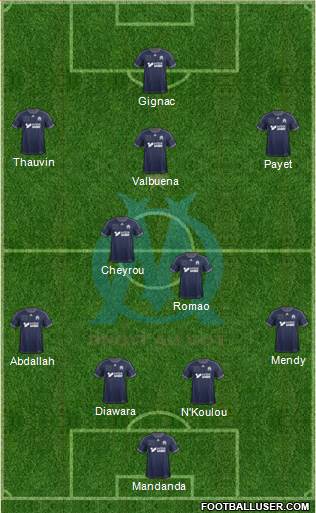 This is a perfect opportunity to gain stronghold of the group. I hope the Gunners seize it.

What are your thoughts ahead of tonight’s game? Share them below.