Arsenal take on Napoli at the San Paolo tonight looking to secure their place in the knockout stage of the Champions League. Here’s a preview for the game

Arsenal take on Napoli at the San Paolo Stadium tonight looking to secure their place in the knockout stage of the Champions League.

The Gunners head into the final game sitting top of Group F on 12 points but could still crash out if things turn sour in Italy this evening. A 3-goal defeat coupled with a win for Borussia Dortmund over Marseille would see Arsene Wenger’s men finish third and drop into  the Europa League.

However, a draw or a win will ensure the north Londoners finish top and with it, avoid the possibility of drawing the likes of Barcelona, Bayern Munich or Real Madrid in the next phase.

Wenger has insisted his side won’t be complacent and know there is still a job to do, while the Frenchman insists he will resist the temptation to rest some key players ahead of Saturday’s trip to Manchester City.

We won the reverse fixture against Napoli 2-0 at the Emirates back in October and should be confident of grabbing an away goal with the hosts failing to keep a clean sheet in any of their previous 12 European games.

We warmed up for the clash with a 1-1 draw against Everton on Sunday to extend our lead at the top of the Premier League to five points, while Napoli played-out a 3-3 draw with Udinese to leave them eight points off leaders Juventus.

Arsenal will be without the services of Bacary Sagna once again with the Frenchman continuing to nurse a hamstring strain. Carl Jenkinson will therefore continue at right-back.

Lukas Podolski is still working his way back to full fitness and didn’t travel with the rest of the squad, and he’s left behind in London along with Alex Oxlade-Chamberlain, Abou Diaby and Yaya Sanago who are all injured.

Theo Walcott is in line to make his first start in over two months while Mathieu Flamini and Tomas Rosicky are pushing for recalls. If Wenger does decide to rest some tired legs, Mikel Arteta, Aaron Ramsey and Jack Wilshere could all be given a breather.

Napoli will be without key playmaker Marek Hamsik who is out with a foot problem and he joins Giandomenico Mesto and Valon Behrami on the sidelines.

Rafa Benitez is also sweating on the fitness of goalkeeper Pepe Reina who missed the weekend clash with Udinese due to a muscle injury. There are rumours circulating that the on-loan Liverpool stopper failed a fitness test this morning so Rafael Cabral is set to continue between the sticks. 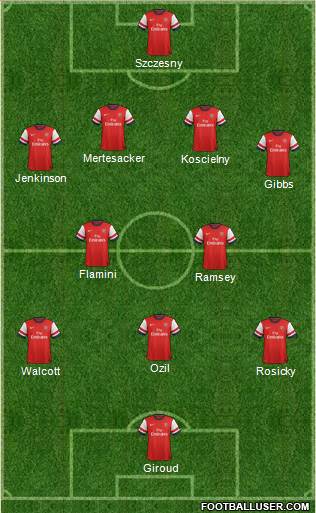 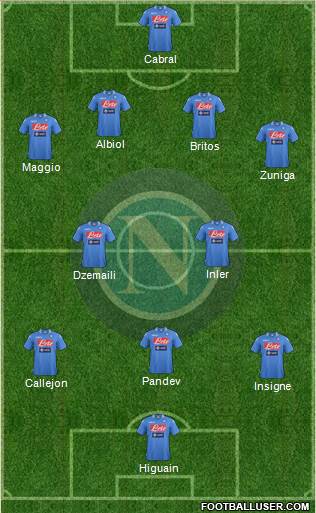 Theo Walcott: The speedster’s pace is going to be key in this game if he does start. Napoli are going to be pushing hard to score the three goals they need but they’ll have to think twice about committing too many men forward if Walcott is on the field.

Napoli 1-2 Arsenal: The Gunners are in excellent form and I can see the boys being able to breach a leaky Napoli defence on a couple of occasions to book a place in the last 16.