Chelsea entertain Newcastle United at Stamford Bridge on Saturday afternoon looking to keep the pressure on Arsenal at the top of the league. Here’s a preview.

Chelsea entertain Newcastle United at Stamford Bridge on Saturday afternoon looking to keep the pressure on Arsenal at the top of the league.

The Blues moved level on points with second placed Manchester City with an impressive 1-0 win at the Etihad Stadium on Monday night thanks to a superb winner from Branislav Ivanovic.

The result leaves both clubs sitting two points off leaders Arsenal and Jose Mourinho’s men will be ready to take advantage of any slip up from the Gunners as they visit Anfield in Saturday’s early kick off.

Mourinho has been playing down his side’s chances of winning the league but it’s clear mind games from the Portuguese coach and he knows full-well that the west Londoners are well positioned to push for the title during the closing 14 games.

Newcastle visit the Bridge off the back of last weeks disastrous 3-0 loss to rivals Sunderland. Alan Pardew’s men still sit comfortably in eight place in the table but they’ll be keen to get back on track as quickly as possible to prevent their season from fizzling out.

Chelsea have no new injury worries to contend with. Mourinho has confirmed that striker Fernando Torres is back in training from a knee injury that’s kept him out in recent weeks but he won’t be risked just yet.

That is likely to see Samuel Eto’o retain his place up front although Demba Ba is also pushing for a start against his former club.

January signing Mohamed Salah is in contention but may have to make do with a place among the substitutes.

Newcastle have a number of problems to deal with tomorrow. Key midfielder Cheick Tiote has been ruled out for two weeks with a hamstring injury so will miss the trip to the capital.

With Yohan Cabaye sold to PSG, Hatem Ben Arfa could continue in attack while new signing Luke De Jong could make his full debut having come off the bench last week.

Defender Fabricio Coloccini remains out with a knee injury and he joins strikers Yoan Gouffran (muscle strain) and Papiss Cisse (back) on the sidelines. Pardew’s options are further limited with Loic Remy still suspended. 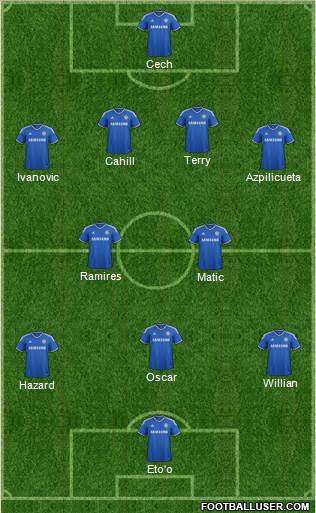 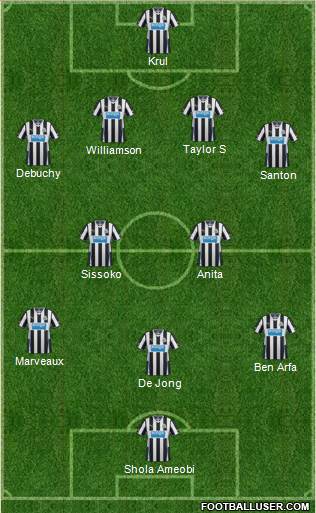 Eden Hazard: The Belgian international has been in excellent form of late, not only contributing with goals and assists but also putting a real shift in for the team. We think he’ll certainly be the one to watch tomorrow.

Chelsea 2-0 Newcastle: The Blues are formidable at home and with Newcastle depleted and coming off the back of a disappointing display, we can’t see past a Chelsea win.