Chelsea play host to Stoke City at Stamford Bridge on Saturday evening looking for a win to reclaim top spot in the Premier League.

The Blues dropped to second after last weeks disappointing loss away at Crystal Palace but with leaders Liverpool not playing until Sunday, Chelsea have the chance to leapfrog their rivals with victory at the Bridge tomorrow.

Jose Mourinho was furious with his sides 3-1 defeat to Paris Saint-Germain in their Champions League quarter final first leg on Wednesday, and the defeat made it three losses in four games for the West Lononders, so they will have to rediscover their form quickly if they don’t want to see their season fall apart.

It’s not going to be easy against a Stoke side who come into the game in excellent form having won four of their last five to move themselves clear of the relegation zone, while Mark Hughe’s side won the reverse fixture 3-2 at the Britannia Stadium earlier in the season.

Chelsea will have to make-do without the services of striker Samuel Eto’o as he continues to nurse a hamstring injury that he picked up against Arsenal three weeks ago. In his absence, Fernando Torres is expected to lead the line despite Jose Mourinho’s critical comments about his strikers in midweek.

Defender Ashley Cole returns to the squad following a knee injury but he’s likely to be named among the subs with Cesar Azpilicueta keeping his place at left-back.

Nemanja Matic and Mohamed Salah return to the squad after being ineligible in midweek, but Ramires serves the final game of his three-match ban.

Stoke are able to welcome back Jonathan Walters from suspension and he’s expected to come straight back into the side. Winger Oussama Assaidi remains out with a knee injury so he joins Robert Huth on the sidelines with the German out for the season with a knee injury. 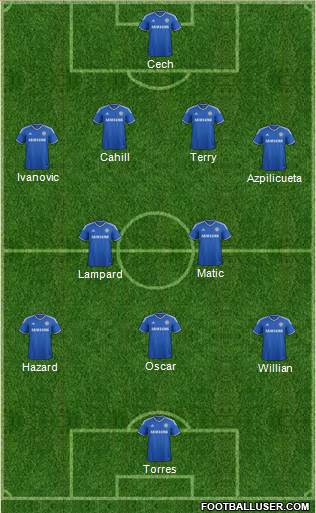 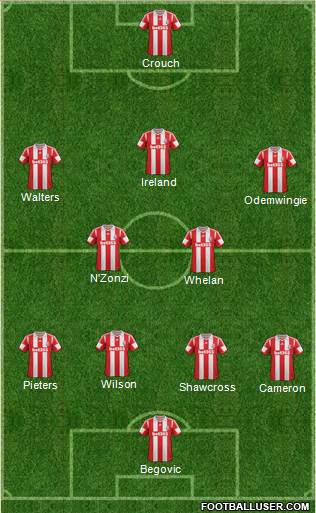 Eden Hazard: The Belgian has been one of Chelsea’s best players this season and their going to need some of his magic to unlock a stubborn Stoke defence.

Chelsea 2-0 Stoke: The Blues may have lost their last three away games but they remain formidable on home soil so we can see them easing to a 2-0 win this weekend to put the pressure firmly on Liverpool.