Manchester United kick off the post-David Moyes era when they entertain struggling Norwich City at Old Trafford on Saturday evening.

The United board finally decided to act on Tuesday by sacking Moyes after a disastrous season in charge since replacing Sir Alex Ferguson last summer and Ryan Giggs has been drafted in as interim boss to see out the remaining four games.

The managerial change came after another poor performance, with Everton running out 2-0 winners at Goodison Park last Sunday to ensure United would miss out on Champions League qualification for the first time in nearly 20 years.

The deposed champions currently languish down in seventh place in the table – six points behind Spurs with a game in hand – so Giggs will be hoping to end the season on a high and beat the North Londoners to the final Europa League spot.

The Welshman’s first task will be take take on a Norwich side fighting for their lives at the wrong end of the table, with Neil Adams men sitting just two points above the drop zone in 17th place.

The Canaries put in a valiant display against leaders Liverpool last weekend but ultimately came away pointless on the wrong end of a 3-2 scoreline, so the club will be desperate to ruin Giggs’ big day and go back to East Anglia with a positive result.

United will have to make-do without the services of Rafael with Giggs confirming earlier today that the Brazilian is yet to recover from a hamstring injury, so Chris Smalling or Phil Jones are likely to deputise at right-back.

Robin van Persie is also still out with a knee injury that’s kept him out for over a month but Patrice Evra is back in contention after missing out last weekend.

Giggs isn’t expected to pick himself so Darren Fletcher could partner Michael Carrick in midfield, while the likes of Danny Welbeck and Nemanja Vidic will also be hoping to feature.

Norwich have no fresh injury worries to contend with and Adams may stick with the same eleven that performed so admirably last week against Liverpool.

Joseph Jobo remains out with a calf injury and Sebastian Bassong is pushing for a recall along with Elliott Bennett – who has recovered from a knee injury. 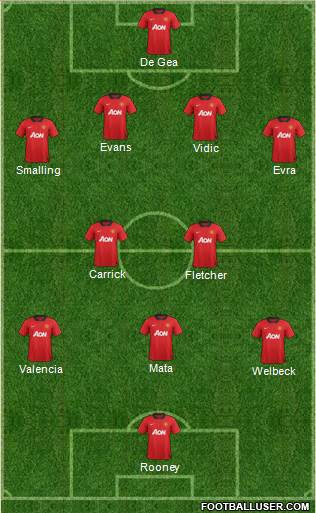 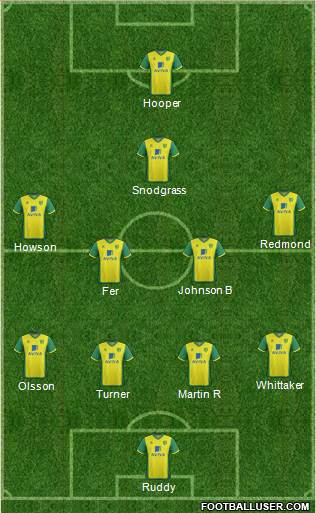 Wayne Rooney: With Robin van Persie out injured, Giggs will be looking to one of his more experienced players to step up and put in a strong performance, with Rooney expected to provide the goal threat tomorrow.

Man Utd 3-0 Norwich: I expect to see a rejuvenated United side tomorrow with the Old Trafford crowd fully behind the new interim boss, so unfortunately for Norwich, I can only see a home win.