He’s only just joined the club but Calum Chambers is already settling himself in with the rest of the Arsenal squad as he’s snapped with Wojciech Szczesny. 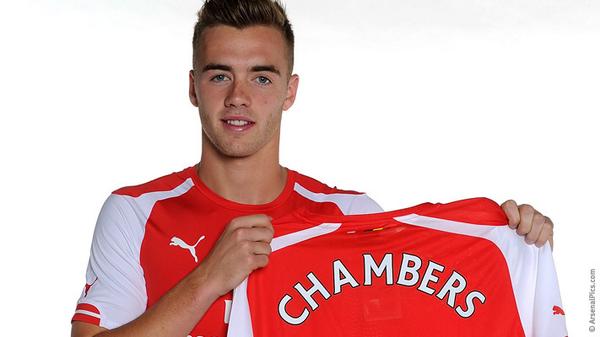 He’s only just joined the club but it seems Calum Chambers is already settling himself in with the rest of the Arsenal first team squad.

The 19-year-old completed the formalities of his £12m move to Arsenal on Friday when he underwent a medical and agreed personal terms and we announced the signing earlier today on Arsenal.com.

It seems the defender has already linked-up with the squad and is travelling to Austria to take part in a four-day pre-season training camp as goalkeeper Wojciech Szczesny has posted a ‘selfie’ on his Facebook page with Chambers and Alex Oxlade-Chamberlain.

He certainly looks right at home in the AFC shirt and I think he’s going to prove to be an excellent signing for the club both now and over the long-term.

The teenager is expected to make his debut against  Benfica in the Emirates Cup this weekend and will support Mathieu Debuchy for the right-back slot next season, but there are rumours he could eventually convert to a centre-back.

Either way, he’s another great addition to the squad and hopefully he’ll settle in quickly and play his part this coming season.