Man Utd will look to get their season back on track when they take on Burnley at Turf Moor on Saturday. Here is the team we think Louis van Gaal will go with. 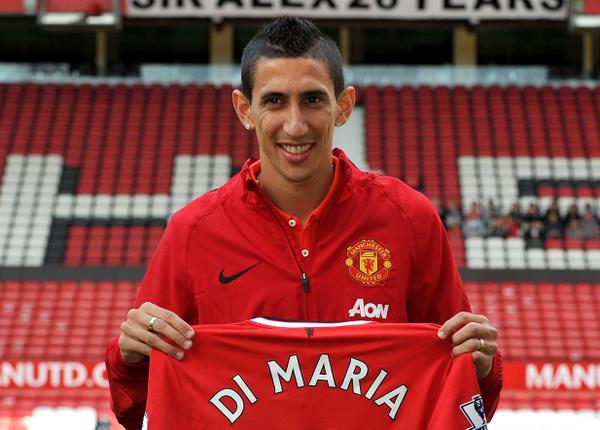 Manchester United will look to get their season back on track when they take on newly-promoted Burnley at Turf Moor on Saturday lunchtime. Here is the team we think Louis van Gaal will go with.

Goalkeeper: No change here, David De Gea is certain to start in goal.

Defence: Van Gaal continues to have limited options at the back. Marcos Rojo is still trying to resolve his visa problems so unless he gets everything sorted by 12pm on Friday, he won’t be available again this weekend. Chris Smalling is struggling with a hamstring strain so van Gaal may have no option but to stick with Jonny Evans – who only made his comeback in midweek. Phil Jones and Tyler Blackett are likely to make up the back three.

Midfield: The big decision is whether to throw record signing Angel Di Maria straight in to action and we think van Gaal might take the gamble. The Argentinean has already indicated he’s likely to be deployed from the left wing and with Luke Shaw still out, he’s got to be a better option than Ashley Young!

Michael Carrick, Ander Herrera and Marouane Fellaini are still injured so Tom Cleverley may have to start alongside Darren Fletcher, despite talk of an £8m move to Aston Villa being in the pipeline.

Attack: With Di Maria likely to start on the left side, Juan Mata will be able to continue in a more central position with the Spaniard deployed once again behind Robin van Persie and Wayne Rooney.

Here’s how we think van Gaal’s side will look: 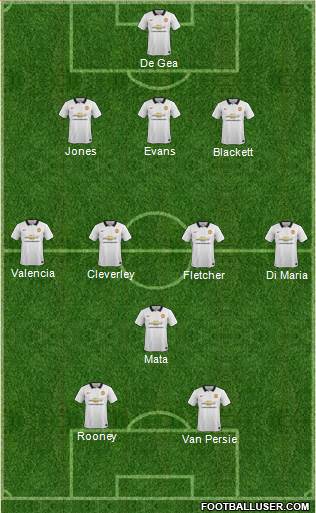 What do you think of the team? What team would you put out?