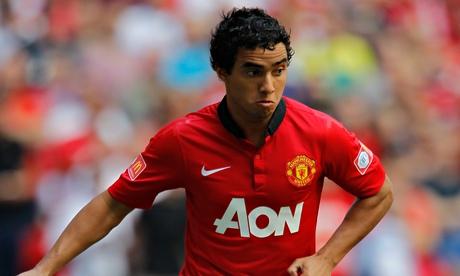 Manchester United boss Louis van Gaal has been handed a further double injury boost with Rafael and Ander Herrera set to be in contention to face Queens Park Rangers this weekend, according to ESPN.

Rafael has been struggling with a groin injury in recent weeks and the problem restricted him to just 45 minute of action during United’s pre-season tour of the United States.

However, it looks like he could make his first appearance of the new Premier League season this weekend as the Brazilian international took to his official Instagram account on Tuesday afternoon to confirm he’s back in training. He wrote:

“Back in training ready to help.”

It will now be up to boss Louis van Gaal to determine whether Rafael is ready for his first team return but if he’s passed fit then he’ll likely challenge Antonio Valencia for the right wing-back position in the Dutchman’s new 3-5-2 formation.

In a further piece of good news for United, summer signing Ander Herrera is also on the comeback trail as he Tweeted last night that he’s back in training and looking forward to this Sunday’s game at Old Trafford, dropping a big hint that he could be involved.

Training hard and looking forward to this next game at Old Trafford! pic.twitter.com/uQMwGK0kc6

The Spanish international has been out for over three weeks after picking up an ankle injury in training following his debut against Swansea City on the opening day of the season, but it looks like he’s now ready to make his return to action.

van Gaal bemoaned his lengthy injury-list heading into the international break but with Rafael and Herrera returning to fitness, Marco Rojo available after being granted his work visa, and Daley Blind and Radamel Falcao ready to make their debuts following their deadline day moves, the Dutchman will have a wealth of options this weekend.

United welcome QPR having endured a disappointing start to the new season that’s seen the former champions lose at home to Swansea, draw away at Burnley and Sunderland, and get dumped out of the Capital One Cup by MK Dons, so van Gaal will be desperate to get back on track with a resounding win on Sunday.