Arsene Wenger is preparing another raid on Barcelona’s youth system with the Arsenal boss planning to meet the €12m (£9.5m) buy-out in Sergi Samper’s contract

The summer transfer window may be closed but managers are already thinking ahead to future transfer windows so we’ll bring you all the latest news and gossip. Today, Arsenal are linked with another raid on Barcelona. 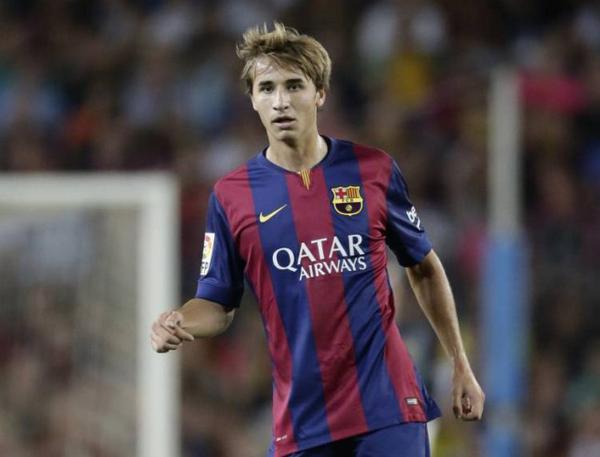 Arsene Wenger is preparing another raid on Barcelona’s youth system with the Arsenal boss planning to meet the €12m (£9.5m) buy-out in Sergi Samper’s contract, according to reports.

The 19-year-old joined the Catalans in 2001 aged just 6 and came through the clubs much-famed La Masia youth academy before being promoted to the Barcelona B squad shortly after signing his first professional contract in May 2013.

The defensive midfielder was virtually ever-present last season, making 40 appearances, and he’s being tipped to make the breakthrough into Luis Enrique’s first team plans in the not-to-distant future.

It appears his potential has alerted Arsene Wenger as reports today claim that the boss is ready to make another attempted raid on the La Liga giants as he looks to bring in a long-term replacement for Mikel Arteta.

The Express suggest that the Frenchman has already made formal enquiries over Sampers situation and has made it clear he’s prepared to meet the players €12m (£9.5m) buy-out clause.

However, we might have a battle on our hands as the newspaper indicates that the youngster would prefer to remain at the Nou Camp and try and force his way into the first team set-up rather than move clubs in search of more regular action.

Obviously we have previous with being able to lure young players away from Barcelona with Cesc Fabregas the most famous example of a teenager who swapped life in Spain for North London, but despite Arsene’s intentions, it sounds like Samper may be a little more difficult to persuade.

This is seen as a key season for him and who knows, if he doesn’t make the breakthrough over the coming months, the Spanish Under-19 international may decide it’s best to move on and try his luck elsewhere, and it looks like Arsenal will be ready to offer him a fresh start in the Premier League if he does decide to go down that route.