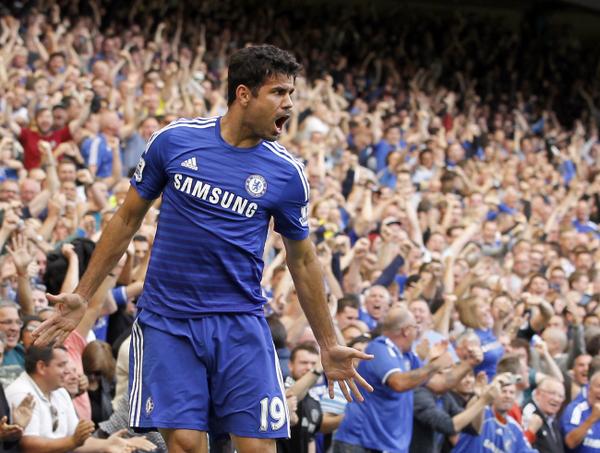 Chelsea will look to continue their 100% start to the new season when they take on Swansea City at Stamford Bridge on Saturday afternoon.

Ahead of the game, boss Jose Mourinho has been speaking at his pre-match press conference this afternoon and gave an update on the fitness of his squad.

The big news is that the Blues boss confirmed Diego Costa has a chance to play some part this weekend after the striker picked up a hamstring injury last weekend while away on international duty with Spain.

The 25-year-old was sent back to London for further tests with fears he could be out for at least two weeks. However, Mourinho says Costa has been working hard this past week to try and get himself fit and has a chance to feature against Swansea.

The striker has been involved in a training session on Friday afternoon and will undergo a late test to determine his involvement in tomorrow’s game. Mourinho told the clubs website:

‘As you know, Diego Costa came back injured, but that was last Saturday so we’ve had one week to work hard with the medical department,’

‘He has a chance to play tomorrow. We have a training session now to confirm his condition and to make a final decision, but he was the only one that came back from their national team with a problem.’

Other than that, Mourinho confirmed that he has no other injury worries to contend with and the rest of the squad is fit and available for selection.

It would be a huge boost for Chelsea if Costa was passed fit as he’s been in sensational form since making the move from Atletico Madrid, scoring four goals in three games to win the Barclays Player of the Month.

However, with crucial games against Schalke and Manchester City coming up after this weekend, I’m sure Mourinho won’t be taking any risks on the Spaniard’s fitness against Swansea.