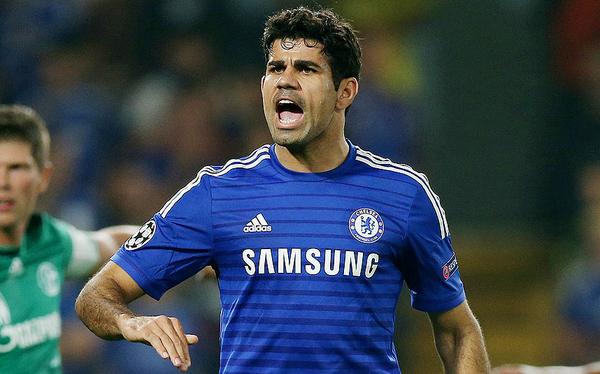 Chelsea face a tough trip north this weekend to take on defending Premier League champions Manchester City at the Etihad on Sunday afternoon.

Ahead of the game, boss Jose Mourinho has been speaking to the media at his pre-match press conference today and gave Chelseafc.com the latest team news.

The Blues coach revealed that he has no fresh injury concerns to deal with so he’s in the unenviable position of having a fully-fit squad to choose from. However, Mourinho did admit that he’s having to be cautious with star striker Diego Costa as the the Spaniard isn’t in the ‘best condition’ at present.

The 25-year-old has been plagued by hamstring issues that date back to the end of last season and he was left on the bench for Wednesday’s 1-1 draw with Schalke as Mourinho doesn’t feel he’s able to play three games a week just yet.

While it may have cost the West Londoners three points in the Champions League, his rest in midweek means that Mourinho can now start him on Sunday against City before resting him again when they take on Bolton in the Capital One Cup three days later.

‘Everybody is ready to play. Diego is not in the best condition but he will start the game. He plays this game, he won’t play against Bolton, and he plays against Aston Villa. Let’s see his evolution.

‘The medical department are doing their best, the player is fantastic in trying to play and being available for the team. We have to try to protect him until he gets completely fit.’

It’s going to be a fascinating game at the Etihad as two of this seasons title favourites go head-to-head and it’s sure to have a huge effect on where the Premier League trophy ends up this season.

We’ll have our match preview up tomorrow, but for now let us know what team you’d like Mourinho to put out for the game…..