Liverpool will be looking to kick start their Premier League campaign when they take on Merseyside rivals Everton at Anfield on Saturday lunchtime.

The Reds have endured a difficult start to the news season, with last weekends 3-1 defeat at West Ham their third loss in five games to leave the Merseysiders languishing down in the 11th place in the Premier League table.

Brendan Rodgers men also required a dramatic 14-13 penalty shootout victory over Middlesbrough on Tuesday after being held to a 2-2 draw by the Championship outfit, so the Northern Irish boss will be keen to get their campaign up and running with a win over their local rivals.

However, Everton have also started poor and they make the short trip to Anfield off the back of a disappointing 3-0 loss to Swansea City in the League Cup in midweek, with that game coming after a shock 3-2 defeat to Crystal Palace last weekend, so Roberto Martinez will also be desperate to get back on track tomorrow.

Liverpool will hand a late fitness test to striker Daniel Sturridge as he looks to make his return after three weeks on the sidelines with a thigh injury. However, Rodgers is unlikely to take any risks and could start him from the bench.

Philippe Coutinho is also expected to pass a late test after a groin injury kept him out in midweek and the Brazilian should come straight back in to the starting eleven.

Jordan Henderson is expected to shake off a hip problem to return to the midfield but Joe Allen, Emre Can, Jon Flanagan and Glen Johnson remain sidelined.

Everton will hand late fitness tests to Seamus Coleman and Steven Pienaar ahead of the game. Coleman has missed the last two games with a head injury but should return at right-back with John Stones possibly moving to centre-back.

Pienaar has been out since the second game of the season with a thigh problem and may only be deemed fit enough for a place on the bench.

Midfielder Darron Gibson and full-back Bryan Oviedo are both back in contention but striker Arouna Kone and midfielder Ross Barkley remain unavailable for the visitors. 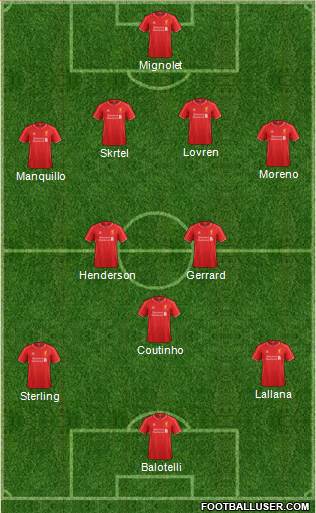 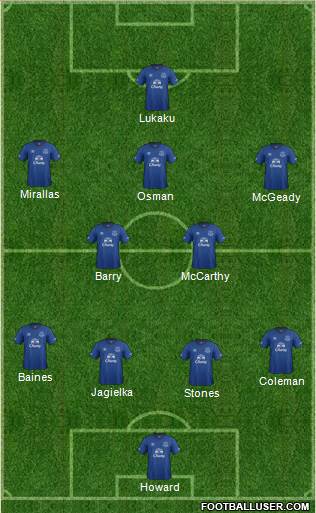 Mario Balotelli: If Sturridge doesn’t start then Liverpool will be looking to Balotelli to provide the goal threat up front. The Italian is yet to get off the mark in the league following his move from AC Milan, but you wouldn’t bet against him getting on the score-sheet this weekend.

Liverpool 2-1 Everton: The Reds may not have hit their stride yet this term but they have a fantastic record against Everton, with the Toffees last victory at Anfield coming 15 years ago, so we can see Liverpool edging this one.