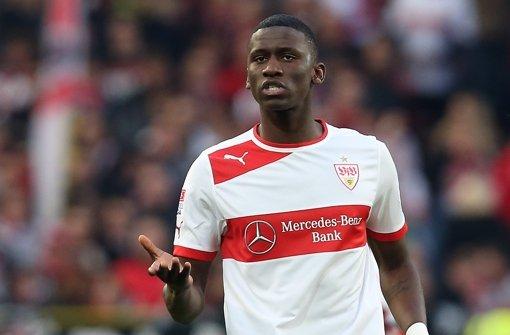 Rudiger has emerged as one of the hottest young properties in the Bundesliga after breaking into the Stuttgart first team back in 2012 and he was virtually ever-present last season, making 30 starts in the league alone.

His impressive form has seen him break into Joachim Lows senior German international team set-up and he made his full debut for the World Cup champions during their Euro 2016 qualifying defeat to Poland earlier this month.

Rudiger has also caught the eye of some of the top clubs throughout Europe and reports have suggested that both Arsenal and Chelsea are showing a keen interest in luring the 20-year-old to the Premier League in January.

Jose Mourinho has a settled back-four with Gary Cahill and John Terry continuing their impressive partnership at the back but with their skipper set to turn 34 in a matter of weeks, the club are going to have to look to the future and the Metro claim that Mourinho is eyeing a £7m move for Rudiger this winter.

However, it seems the West Londoners could face a tough task persuading him to move to Stamford Bridge as Rudiger has now admitted he’s a huge Arsenal fan and has been following the Gunners for years.

‘I have always dreamed of the Premier League,’

‘I have been following Arsenal since the days of Henry and Bergkamp. I watch videos of Arsenal all the time on YouTube and I often wear the current Alexis Sanchez shirt.

‘My heart beats for Arsenal.’ Rudiger is quoted as saying by the Metro.

Arsene Wenger is in desperate need of another centre-back as he’s been left short in defence after failing to bring in a replacement for Thomas Vermaelen in the summer and Rudiger could be the type of young talent that the Frenchman could nurture.

The German international certainly sounds like he’d be keen on a switch to the Emirates if the North Londoners were able to agree a deal with Stuttgart, and with a valuation of around £7m, the youngster is easily within Arsenal’s price-range. Watch this space…..