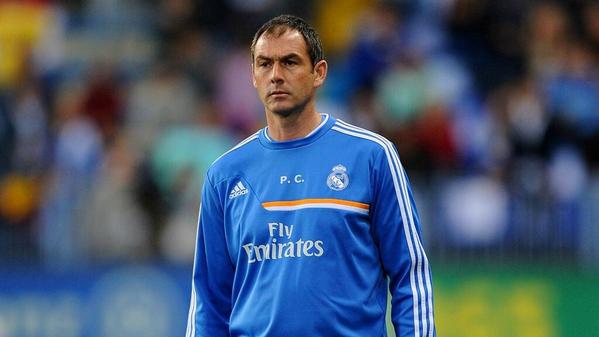 Arsenal hierarchy have already identified Carlo Ancelotti’s right-hand-man Paul Clement as Arsene Wenger’s replacement once the boss finally decides to leave the club, according to reports.

Wenger still has two-and-a-half years left to run on the three-year deal he penned at the end of last season so it’s unlikely a change in management will be made any time soon – although there have been reports that the Frenchman could walk away if we miss out on the top four and fail to win a trophy this season.

There has always been much speculation surrounding who could possibly replace Wenger when he does eventually leave with several names suggested by the media but it appears the Arsenal board have already found their man.

Spanish paper AS are claiming that the Gunners hierarchy feel current Real Madrid’s assistant boss Paul Clement is the right man to fill Wenger’s boots, despite the fact he’s yet to manage any club in his entire career.

Clement has so far only been an assistant coach with the majority of his success coming as Carlo Ancelotti’s No.2 during his time at Chelsea, Paris Saint-Germain and now Real Madrid.

The 42-year-old has certainly got the pedigree of working alongside such an esteemed manager as Ancelotti at some of the biggest clubs in the world and he is regarded as an excellent coach, but I’d still be worried by the fact he’s yet to be handed a main job yet.

For that reason he’d obviously be a huge risk but I suppose so was Wenger when he was appointed back in 1996 as the papers famously ran headlines like ‘Arsene Who?’.

The problem is whoever takes over is going to be under huge pressure and like David Moyes proved, it’s never easy to follow such a long-serving manager, so I’d prefer we appointed an established name rather than an up-and-comer but it’s all irrelevant until Arsene leaves and I personally don’t think that will happen any time soon.