Arsene Wenger has given an update on the fitness of Laurent Koscielny, Jack Wilshere, Mikel Arteta, Olivier Girout and Mesut Ozil ahead of the Swansea game. 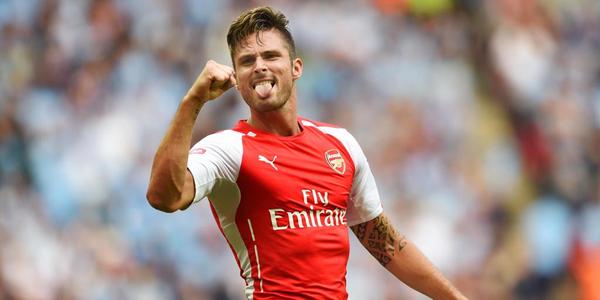 Arsenal will be looking to get back on track following our midweek capitulation when we take on Swansea at the Liberty Stadium on Sunday afternoon. Ahead of the game, Arsene Wenger has given Arsenal.com a team news and injury update with the latest on a number of first team players.
First up and Mikel Arteta has been ruled out of this weekends action after being forced off against Anderlecht with a hamstring injury. Thankfully the issue isn’t a serious one and Wenger believes the midfielder should be back after the two week international break.It’s a blow to lose Arteta for the Swansea game as I think he’s a big upgrade on Mathieu Flamini but hopefully the Spaniard will be available to face Manchester United later this month.The boss also revealed that Olivier Giroud should be back in full training after the internationals after making a speedy recovery from the ankle injury he suffered against Everton back in August.
It’s going to be a major boost to have Giroud back and it will be interesting to see who Arsene goes with as his first choice striker once the Frenchman gets himself fully fit.There is further positive news with Jack Wilshere set to return to the squad this weekend after missing our last two games through illness and suspension. There’s a strong chance Wilshere will come straight back into the starting eleven as Aaron Ramsey was extremely poor against Anderlecht and we’ve missed Jack’s creativity in recent games.

Laurent Koscielny has also been missing in recent weeks after aggravating his troublesome Achilles injury while away with France last month and the boss is hopeful he too could be back in training in a couple of weeks.

Obviously we’ve sorely missed Kos while he’s been out so fingers crossed he is able to fully recover during the international break and be in contention when we entertain United on the 22nd.

The final update from the boss confirmed that Mathieu Debuchy, David Ospina and Mesut Ozil are well on the road to recovery from their long-term injuries, but they won’t be available any time soon.

Here is what the boss told the clubs website:

Arteta will be out for Sunday. He has a mild hamstring strain and he will be out for a short period because it’s a grade one. He should be back after the internationals.

Giroud joins in training next week.

Jack is alright, he is back in the squad for Sunday.

on the long-term absentees…

Debuchy, Ospina and Ozil are progressing very well, but of course they are not available before or straight after the international break.

Koscielny has a little chance to be back after the international break.

So our injury list is slowly diminishing and hopefully we should have a number of players available again in a couple of weeks. Let’s pray that we don’t pick up any fresh injuries during the international break!