Arsenal To Bid For €50m-Rated Liverpool Target In January

The summer transfer window may be closed but managers are already thinking ahead to future transfer windows so we’ll bring you all the latest news and gossip. Today, Arsenal are linked with Liverpool target Karim Benzema. 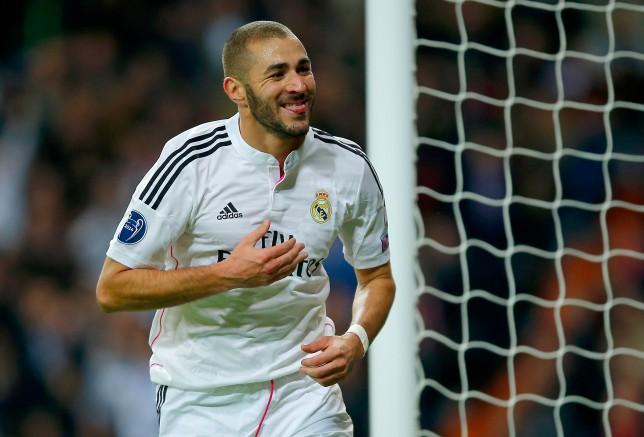 Arsenal are set to renew their interest in Liverpool target Karim Benzema this January after Arsene Wenger made the Real Madrid striker his number one transfer target,  according to reports.

Arsenal have been strongly linked with Benzema during recent transfer windows with speculation back in the summer of 2013 suggesting that the North Londoners were deep in talks about bringing the striker to the Emirates.

Benzema eventually stayed at the European champions and despite further speculation over his future this summer, he committed to Madrid after signing a new deal back in August.

However, the 26-year-old has continued to receive some rough treatment from some sections of the Bernabeu faithful despite his fine goal-scoring form, and now the Metro are citing fresh reports in Spain that suggest Arsenal are ready to renew their interest in January.

The newspaper claims that Arsene Wenger still wants to sign another striker, despite signing Danny Welbeck and Alexis Sanchez in the summer, and is ready to submit a bid for the €50m-rated hitman this winter.

Liverpool are also thought to be interested with Brendan Rodgers desperate to find a solution to his goal-scoring problems but Arsenal’s strong relationship with Madrid could prove to be crucial in any negotiations.

Benzema would obviously be a sensational signing for the Gunners but I personally have big doubts over the validity of these reports as I really don’t see Wenger bringing in another front-man in January.

Welbeck has settled in very well following his move from Man Utd and Wenger has hinted Sanchez’s future is through the middle. Olivier Giroud is also set to make a swift return from injury, so why would Arsenal spend over £40m on another striker?

If, for some reason, Madrid did decide to cash-in on Benzema, a move to Liverpool would make far more sense as they are crying out for a front-man with Mario Balotelli struggling for form and Daniel Sturridge season plagued by injury problems.

As for Arsenal, I think they have other areas of the squad that need addressing far more, such as centre-back and defensive midfield, so Wenger is more likely to strengthen those areas in the winter and then possibly reassess his striker options next summer.